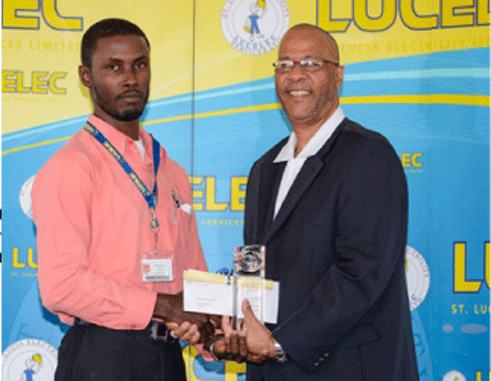 Awards Ceremony Given The News 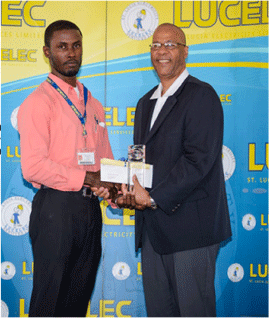 New developments in renewable energy are taking place at LUCELEC.

He said: “On the renewable energy front we’ve been working on developing a Request for Proposals for a three megawatt utility scale solar PV farm. This will be launched in the coming weeks. The plan is to commission the first 1 MW, covering approximately five acres of land, by the end of 2015.

Additionally, LUCELEC and a reputable and experienced wind farm developer based in the USA have signed an agreement to jointly undertake feasibility studies towards the development of a 12 MW wind farm, Louisy said.

The announced capped a night in which the company honoured some of its most outstanding workers. Moses Montoute of its Transmission and Distribution Department was named 2014 LUCELEC “Employee of the Year”. 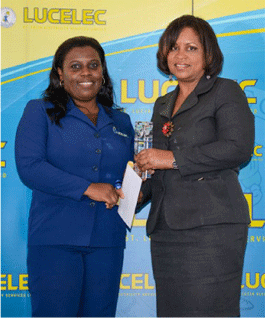 Montoute, who joined the company in August 2012, is no stranger to the LUCELEC winning circle having been recognized multiple times as an “Employee of the Quarter”. 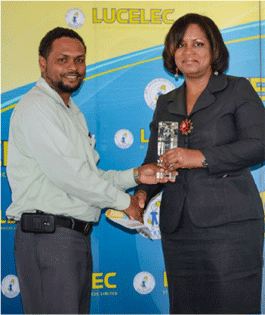 The major awards were part of the annual LUCELEC Staff Appreciation Ceremony which was held last Friday.

Special Achievement Awards were presented to Cornphia Simon, Alfred Prospere, Barnett George, Dayne Alexander, Ormond Reece and Randolph Daniel for going above and beyond their duties.

Additionally, a new category of awards in recognition of the company’s core values of accountability, excellence, caring and ethics were handed out to 18 employees whose work embodied each or all of these values.

The LUCELEC Staff Appreciation Ceremony was held at the Company’s Cul De Sac facility under the theme, “There is Power in Connecting with Each Other.” It is one of the ways that LUCELEC seeks to reward and recognise its employees for excellent work.