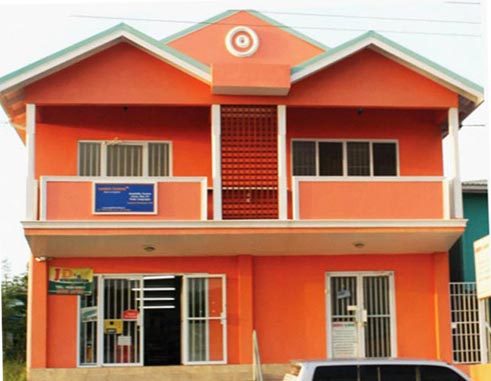 THE fallout from the alleged Lambirds Academy scandal continues to generate interest as local authorities are being called on to provide more answers to a growing list of questions.

The Leader of the Opposition, Dr. Gale Rigobert, yesterday called on the government to articulate what measures are being put in place to ensure that justice is done and that the over 60 students from Nepal and the Philippines stranded here are treated fairly.

In a press release Dr. Rigobert expressed concern that the students who attended the now-closed Lambirds Academy were being repatriated to their home countries even as a police investigation remains active.

Dr. Rigobert said that sending the students back home before presenting their cases to the courts might jeopardize their chances of being compensated for the costs they incurred.

According to the release, Dr. Rigobert expressed disappointment “that the government has attempted to absolve itself from responsibility, when it is clear, according to documentation presented, that several government agencies facilitated the establishment of Lambirds Academy and gave it permission to operate here.”

“A grave injustice would have been done if the students who have been wronged by Lambirds Academy are not given the opportunity to testify against the people responsible for their present predicament,” Dr. Rigobert said. “Why has it taken the government about a month to respond to this matter and why the lack of clarity in its response?”

Dr. Rigobert also called on the government to state clearly the measures being taken to ensure the affected students’ interest will be represented if and/or when the matter is brought to court.

“We would hate to see another situation where a crime is perpetrated and those responsible are allowed to slip through the cracks for lack of evidence or because witnesses are not available to testify. Surely, this would be an absolute miscarriage of justice,” Dr. Rigobert said.

Dr. Rigobert’s concerns on the Lambirds Academy matter closely resemble those of Lucian People’s Movement (LPM) Political Leader, Therold Prudent, who last week chastised the government for not doing enough to ameliorate the situation faced by the stranded students. According to Prudent, the authorities are being silent on a matter that has serious implications for the island and the students.

While the students’ upkeep has been made possible through the efforts of the police, some government agencies and non-governmental organizations, authorities say they cannot continue to do so indefinitely. As such, government has sought the assistance of the UN’s International Organization of Migration (IOM) “to secure the welfare of the affected students and bring decisive closure to the matter”, a press release from the Ministry of Home Affairs last Friday said.

Three of the 60 Nepalese nationals described as not being material witnesses in the ongoing legal proceedings left Saint Lucia for Nepal last Thursday on their own volition, the press release said adding that due diligence is also being taken so as not to compromise the proceedings and, as a result, some of the non-nationals will remain on the island to assist with the investigation.

The ministry said the Trafficking in Persons Task Force has been activated and continues to monitor the welfare of the remaining foreigners affected by the Lambirds Academy fallout. The Ministry of Health, Wellness and Gender Relations also continues to provide counselling and other health-related services to the students, the release noted.

Despite its stated level of accommodations, the Ministry said “the issue of the restitution of the funds falls entirely within the purview of the courts.” As such, contact information for all the affected individuals have been taken from them so that they can be notified if necessary.

Some of the students have publicly stated that they refuse to return home empty-handed. Some claim to have taken out exorbitant loans to facilitate their travel and tuition fees at Lambirds Academy. Others say that since they entered Saint Lucia with valid visas, they are entitled to stay here for the period they originally planned to study here.