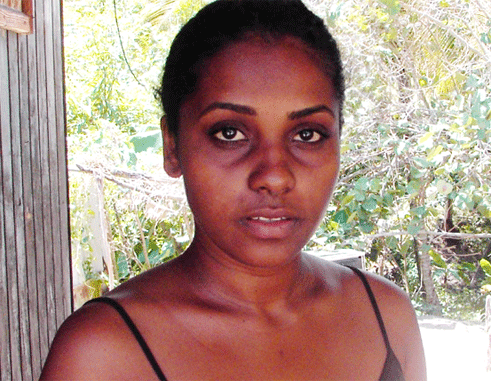 THE family of the four-year-old boy who drowned in Vieux Fort on Independence day is calling on the public to stop playing judge, jury and executioner in the matter.

The distressed family say that they are being blamed for the tragedy by people who were not on the scene of the incident and have no idea of what took place. They say they are being threatened by individuals who are also hurling insulting remarks at them.

The lifeless body of Terelle Joshua Elibox was discovered at Sandy Beach by a resident the day after he disappeared while enjoying a holiday outing with his family on February 22.

A Canadian national has since been arrested and charged in connection with the incident. The man who is presently on bail made his first appearance at court in Vieux Fort last week.

The family say the situation has been exacerbated after the boy’s father said on the media that the mother of his child should be blamed for the tragedy.

Terry Elibox, the father of the deceased, who spoke to THE VOICE Sunday insists that the mother of the child should be blamed for the incident.

“Where was the mother of my son at the time of the incident?” he asked.

He added that the boy should have been under her watch and not be allowed to be left among children near the sea where he was exposed to so much danger.

CallistaRoserie, the aunt of TerelleElibox said as a result of the situation, she only goes out if she has to in order to avoid a confrontation with anyone, adding that the family are being bombarded with insults and treats by certain individuals, many of whom they don’t even know.

“Right now I try to avoid leaving my home to go to town. I am trying my best to avoid a confrontation with anyone. The situation is sad…” she lamented.

Roserie, who is also the child’s godmother said a few days ago someone confronted her sister in the town of Vieux Fort, threatening her until the police had to intervene.

She said social media is aggravating the situation, adding that people have posted negative comments about the family on some sites.

Roserie said her family cared for Elibox very much, a point which she emphasized while reading the eulogy at the funeral of the dead boy on Sunday.

According to her, it was that care that her family had for Elibox that forced them to keep him with them and not to send him back to live with his father at Marc, where the condition under which he (Elibox) lived would have affected his upbringing. She said the child never wanted to go back and live with his father.

“My nephew was much safer living with us. We made him happy,” she said.

Marcellina Albert, the boy’s grandmother described the situation as very sad, calling for unity during their time of grief.

“Some people say my grandson’s mother and I should take jail for the incident. Everywhere we go people have something bad to say about us,” she lamented.

Ignatius Williams, Albert’s common-law-husband said because of the situation he would not allow her to go certain places alone.

Though the atmosphere at the funeral was sombre, it was quite evident that the families of the mother and father have not been united in grief.

The family of the dead boy who live at Augier are still trying to come to terms with the tragedy and have extended their thanks to all those individuals and organisations who have assisted them in any way in their funeral arrangements and in providing some comfort to them .