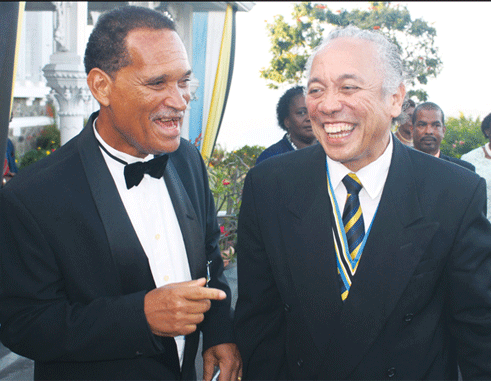 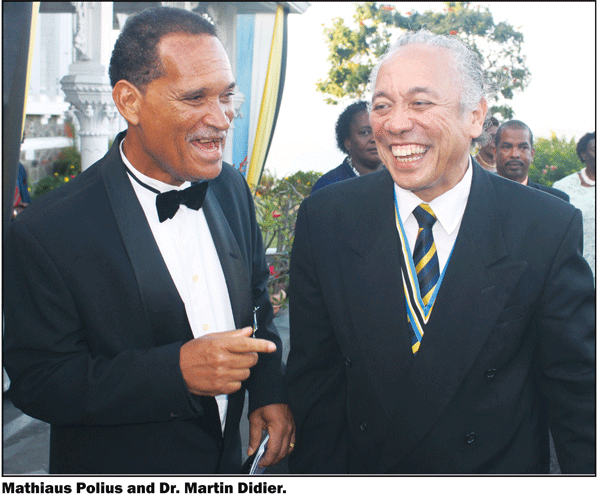 THIRTY-TWO people received medals last Sunday as part of this year’s Independence celebrations. The awards were made under the Order of National Hero, the Order of Saint Lucia and the Public Service Long Service Awards.

Most of the awardees were present at Government House last Sunday afternoon where the two-hour-long investiture ceremony was held on the grounds on the property. Before receiving their medals from Governor-General Dame PearletteLouisy, awardees were cited for their sterling and longstanding contribution to Saint Lucia in various fields. 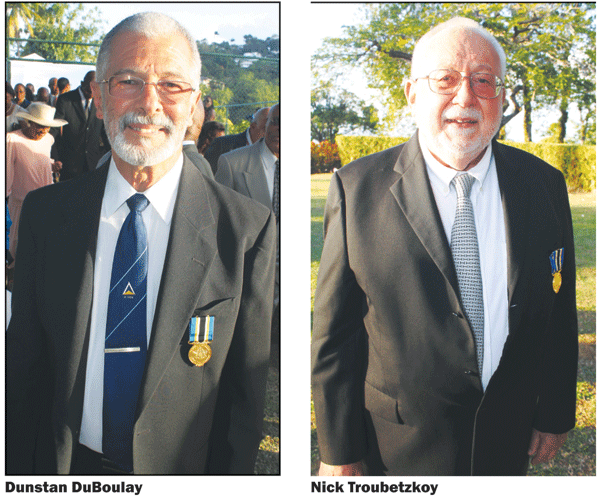 The Saint Lucia Medal of Honour (Silver)
• Sr. Mary de Lourdes Lopez — honorary and posthumously (for eminent service of national importance in the field of social and pastoral work) 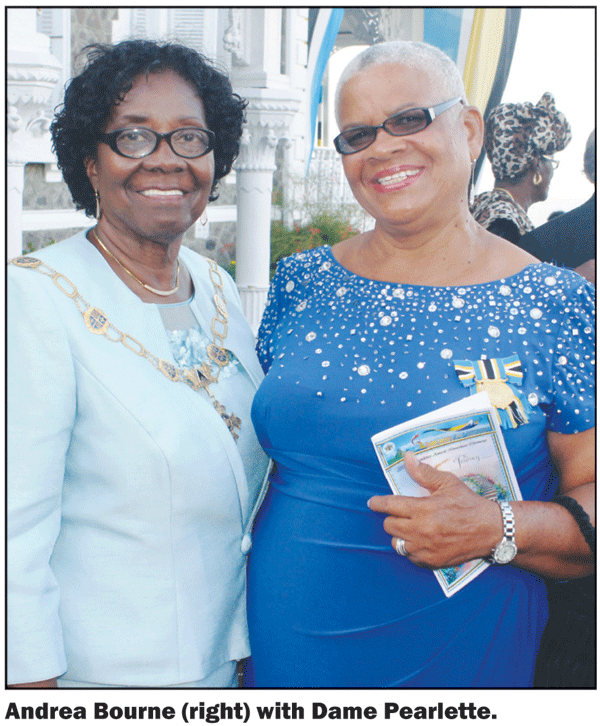 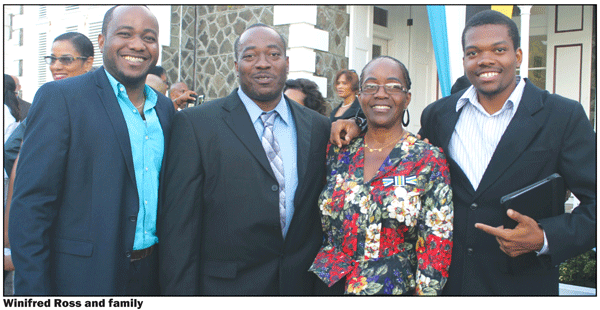 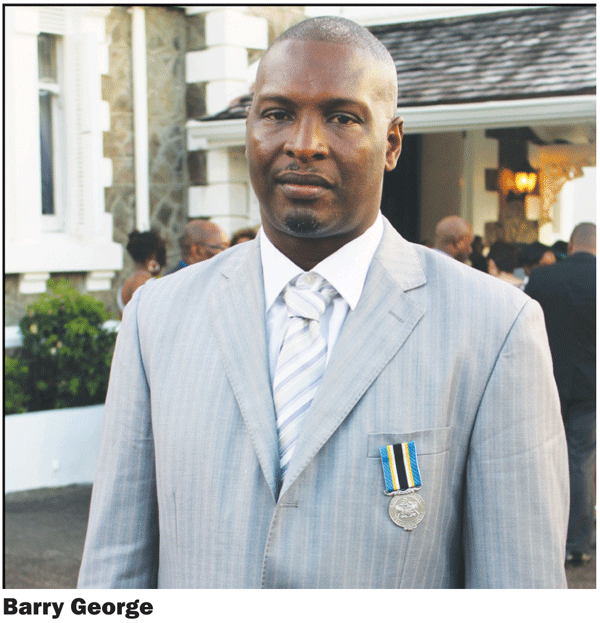 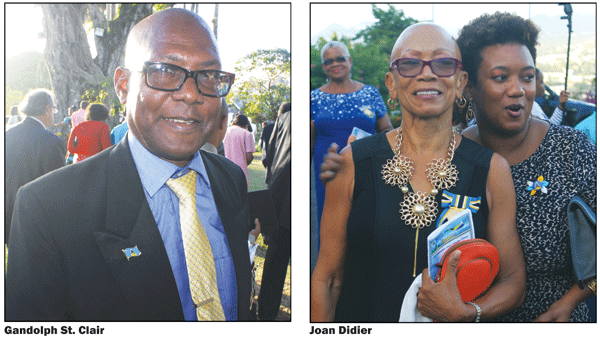 During this year’s Independence celebrations, the first two national heroes were named posthumously. They are former trade unionist, politician and Chief Minister Sir George Frederick Lawrence Charles and former Prime Minister Sir John George Melvin Compton. The citation for both men reads: “For Outstanding service to Saint Lucia exemplified by visionary and pioneering leadership, which has redounded to the honour of Saint Lucia.”

The VOICE spoke to one of this year’s awardees last Sunday afternoon. Nick Troubetzkoy, owner, managing director and chairman of world-renowned and award-winning resorts AnseChastanet and Jade Mountain, came to Saint Lucia from Alberta, Canada in 1970. His original plan was to take up a position as an associate with a local architectural firm. His passion for the island overruled and he ended up making Saint Lucia his permanent home. Troubetzkoy later became a Saint Lucian citizen and is now considered among those who have served to revolutionize Saint Lucia’s tourism landscape.

“It feels wonderful,” Troubetzkoy told The VOICE after receiving his award. “I’m so grateful that Saint Lucia has helped me to understand that I’m somebody who did make an important contribution. Sometimes you’re just there in the trenches trying to do your work and you forget that somebody does watch out and appreciate good efforts. So I’m very grateful.”

In her welcome and opening remarks, moderator of last Sunday’s proceedings, Dr. Charmaine Gardner, said the Order of Saint Lucia, the Saint Lucia Public Service Long Service Medal and the Order of National Hero are enshrined in law in the country’s Nationals Honours and Awards Act. 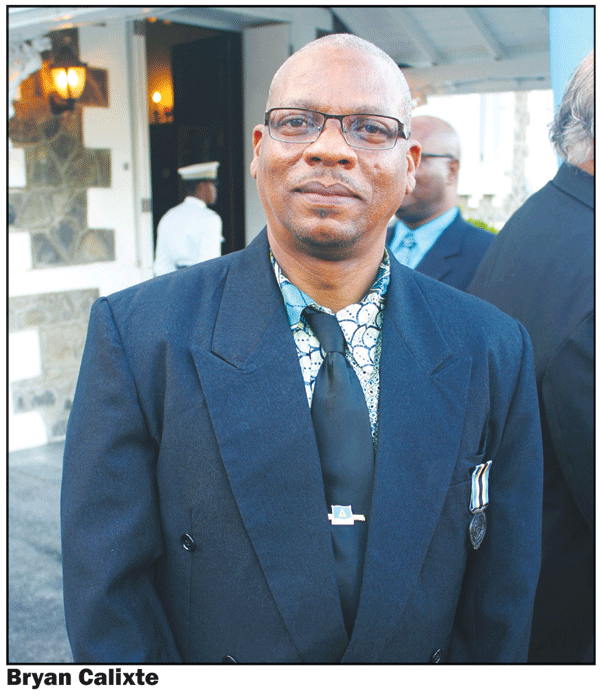 Dr. Gardner said that over the past 28 years, an annual average of 36 medals have been conferred under the Order of Saint Lucia and the Public Service Long Service Medal umbrella. She called on Saint Lucians to continue to nominate deserving Saint Lucians who have made significant contributions to the nation’s development.

“So we are not so much a dead heroes society as some of us would think,” Dr. Gardner said. “The awardees that are invested today and those who have gone before have for the most part been chosen by you, the Saint Lucian public as the Act provides.”