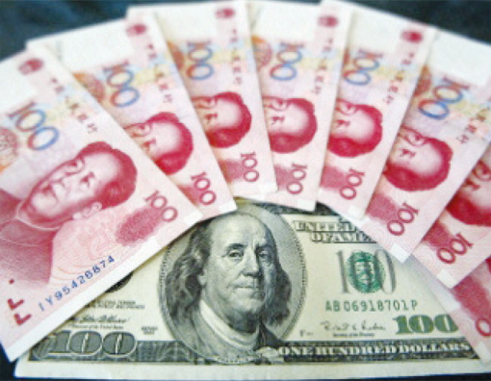 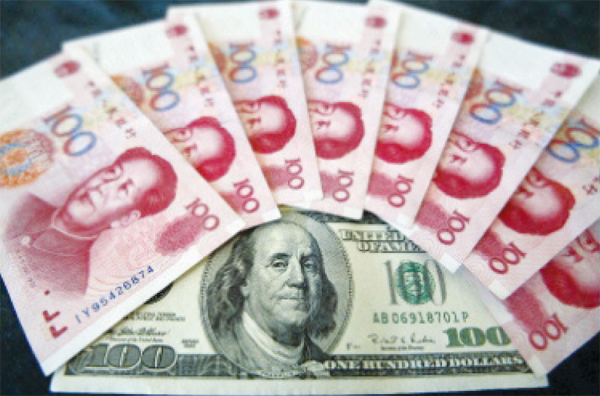 WITHIN the next ten years the world community should expect China’s Yuan (also called renminbi) to be as widely used as the United States dollar. For almost a decade now the Chinese currency has been popular with neighbouring countries which, along with China, are among the fastest growing economies. Now, the yuan is becoming popular with Western countries too as their trade with China increases and they target the Chinese market for investment and tourism.

In a report entitled “Global Development Horizons 2011: Multipolarity – The New Global Economy”, the World Bank predicts that the US dollar will lose dominance by 2025 and a multinational system centred on the dollar, the euro and the yuan will replace it. The Bank’s prediction is sure to be realised as China works diligently to get the yuan into the basket of currencies that comprise the Special Drawing Rights of the International Monetary Fund (IMF) by 2020. Only four currencies now form part of the existing IMF basket. These are: the US dollar, the EURO, the British pound and the Japanese yen. In 2020, the IMF will undertake its five-year review to decide which currencies should be in the basket. It is almost a foregone conclusion that the yuan will be amongst them.

There are three very strong indicators of why this is likely to happen. First, China’s overseas investment will reach US$1.25 trillion in ten years’ time; it will be second only to the US. Second, offshore yuan reserves are currently at US$319.7 billion and rising. Third, China’s UnionPay debit card, which was introduced in China in 2002 as a domestic credit and debit card, has now spread as a credit card to over 140 countries. Some banks in major capitals of the world also accept UnionPay debit cards at their Automatic Teller Machines (ATMs), including in the United States. Eventually, these cards will become as widely used around the world as US and European cards.

Research by this writer does not reveal any banks in the Caribbean currently providing for the use of UnionPay credit and debit cards. However, as China’s trade and investment increases in the region, this is certain to change. The commercial banks in the Caribbean that work to tie-up early arrangements with China’s banks and the Central Bank of China should reap rewards. China’s trade and investment in the region have risen exponentially since 2005 and there is every indication that they are increasing. With more business being done in the Caribbean by China, the requirement for the use of UnionPay credit and debit cards is sure to intensify.

The number of Chinese tourists to global destinations is also growing every year, though not so for the Caribbean. The number of Chinese tourists to Caribbean countries is too miniscule for statisticians to record. Indeed, the only two cities in Latin America and the Caribbean that managed getting the statisticians’ attention for 2013 were Sao Paulo and Rio de Janiero in Brazil, but they were low down in the list of destinations. Topping the list were nearby countries such as Indonesia, South Korea and Japan. New York was the sixth most popular destination although the number of tourists (646,000) paled in comparison to nearby countries such as South Korea (4.3 million).

The Caribbean is unlikely to share in the Chinese world-wide tourist spending, estimated at US$129 billion in 2013, until the countries of the region gear their tourism product for Chinese. This will be a long time in coming and will require considerable planning and investment. Still, if the Caribbean secures a small percentage of Chinese tourism spending, forecast to be US$310 billion in three years’ time, the region would improve its foreign exchange earnings and employment substantially. The prize is worth the pursuit. But, even if Chinese tourism to the Caribbean does not dramatically increase, trade with, and investment from, China surely will bring greater influence of the yuan in the region’s business.

There is no stopping the rise of the yuan and its importance as a global currency. China’s overall GDP growth rate for 2014 slowed to 7.4% – its slowest in 24 years, but impressive enough for it to be envied by the majority of the world’s nations. The Chinese government is calling its present economic circumstances “the new normal”. In January, the Central Bank eased restrictions on the amount of reserves of commercial banks. Six hundred billion yuan (US$96 billion) or more held in reserve at Chinese banks were released with the expectation that two to three trillion yuan will be injected into the economy to stimulate growth. A significant sum of that money is also earmarked for increased investment in the productive sector of other countries, particularly in Europe and North America, in anticipation of huge returns.

The IMF now ranks China as the number one economic superpower. It reports that China produced 17% of the world gross domestic product (GDP) in 2014 exceeding the United States by 1%. Experts argue that China will maintain its lead in economic ranking of GDP in the foreseeable future largely due to catch-up of its per capita income which is rising annually at 8%-10%. While the income of the average Chinese citizen will lag behind the US for many years to come, the point is that as a country China is – and will continue to be – a significant influencer of growth for the rest of the world.