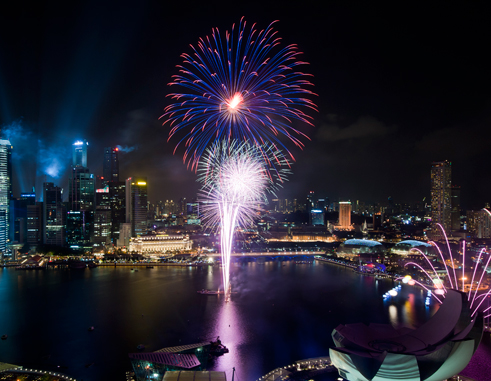 HERE we go again, celebrating — yet again — that Holiday for Nothing, that celebration of an event that never was.

Long before Independence, I’d read that Christopher Columbus never ‘discovered’ Saint Lucia on December 13 of whatever year he was claimed to have. We ought to have known that all along, even though that’s not what we were taught. But even the most ‘enlightened’ among us not only encouraged but knowingly participated in misinforming generations that December 13 was in fact ‘Discovery Day’.

As a child, I actually grew up enjoying ‘Discovery day’ in Castries. Every December 13 after the annual church service and reception by the Castries Town Council, Councillor Louis Augier Mc Vane would chair the water sports event in the Prince Alfred Basin. Right in the middle of town (where the former SLASPA garage is now a seeming mortuary for old boats, vehicles and engines) in front of the historic Peter & Company building (now owned by popular Asian businessman ‘MP Das’) the Town Council hosted successive competitive boat races, swimming and diving competitions of different types, for prizes donated by the private sector.

Fishermen, swimmers, divers and others competed from communities in and out of Castries, to the entertainment of large crowds surrounding ‘The Basin’, which ordinarily served as the main Castries berth for vessels plying coastal water or delivering cargo and passengers to coastal villages and neighbouring islands. Acrobatic “high divers” like Allan Gill amazed crowds flipping in mid-air from sky-high over vessels to enter the water with nary a ripple.

All the planned aquatic entertainment pit skills against skills and actually encouraged many young onlookers to want to enjoy water sports, which they eventually adopted at their favourite beaches. The Discovery Day water sports eventually evolved into other new elements such as water polo.

But perhaps the most enjoyable event was the ‘Greasy Pole’, that featured young men struggling to climb over each other to the top of an electricity pole with a sizeable ham placed at the top, but hindered by a ton of grease applied to the pole before the start-off whistle blew. Back then there was hardly any concern that any greasy climber would slip and fall to the ground from a perilous height. Loads of sand were placed around the pole to break or cushion any fall, and the Red Cross could always be summoned by Mr.Mc Vane’s bullhorn, but in those days the term ‘mass crowd events’ hadn’t even been invented,

After the then government decided to fill the basin with stones and sand to do away with the historic berth in the name of development, the activities were moved to the (then) Columbus Square – minus the aquatic element. That was holiday fun too, but not akin to what happened at The Basin.

After it became too widely known that Columbus never ‘discovered’ Saint Lucia and we were persisting in distorting our own history by celebrating an event that never happened; we found it too hard to dump the ‘holiday’ aspect, so we invented something called ‘National Day’ and linked December 13 to a ‘Festival of Lights’ that somehow linked the Feast of Saint Lucy (Catholic Saint Lucia’s blind patron saint) to a Scandinavian festival of light that I never really fully understood. But after losing the aquatic sports in The Basin, through this emphasis on ‘light’ to celebrate the ‘blind saint’, we gained another exercise that drew on the skills of Saint Lucians in communities: the Lantern Festival competition, which has seen some quite creative expressions from Saint Lucians of all ages and stages, colour and creed.

Gaining Independence on February 22 in 1979, we were so caught-up in celebrating December as a renamed ‘National day’ holiday that we weren’t even willing to give up the December 13 holiday to make February 22 our real National day holiday. We settled instead for the embarrassing phenomenon of being the only country in the world (that I know of) that has both a National Day and an Independence Day but observe them on different dates. Besides, for years we continued to celebrate December 13 as a holiday with February 22 – our real national day – remaining a regular working day. It took several years for a government to get the gut to make February 22 a holiday, not by ending the celebration of the December 13 ‘No Day’ but by scratching the Queen’s birthday off the list of local ‘Official Holidays’. We opted to keep The Queen as our official Head of State, but to tell her to keep her holiday while we keep our ‘No Day’.

Even today, we ridiculously continue to celebrate both an Independence Day and a National Day – but again, only because we refuse to sacrifice any of our many holidays throughout the year. We say it’s blasphemy to even think of replacing any religious holiday (or Holy Day), not because we believe that, but because it’s a perfect excuse to continue to celebrate a non-event.

In other words, our penchant for having a good time at all costs and by all means has been with us from time immemorial. Governments come and go, but we’ll always say ‘things tight’, yet find the time and money to fete any holiday away.

Today, however, we don’t wait for any holiday. Every Friday is a holiday in Gros Islet or ‘By the market’ in Castries. Even though we no longer remember when is ‘Ash Wednesday’, we ensure ‘play mas’ every day we can, for as long as we can, as if every day is a holiday. We just simply don’t want to hear anything that can even remotely sound like giving up the December 13 holiday – for any reason whatsoever. We just simply don’t care what nobody says, when it comes to our holidays, “We simply pa mélé!” And we’ll tell any government: “Touch me, but just don’t touch my holiday!”