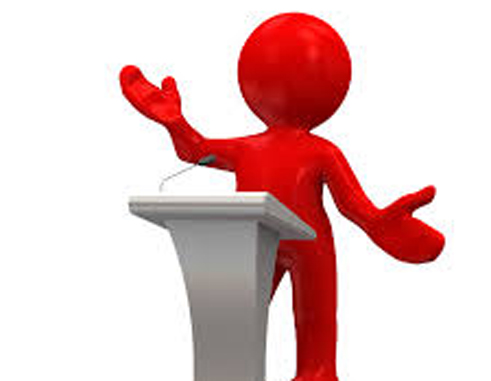 The public is urged to come and learn what being a toastmaster is all about! Come and see the benefits that Toastmasters offer.

Toastmasters International is a nonprofit educational organization with worldwide club affiliation. The objective is to help members improve their communication, public speaking, and leadership skills. The organization dates back to 1924 when a single club, Smedley Chapter One Club was founded by Ralph C. Smedley of Santa Ana, California, United States. Toastmasters International today boasts membership of over 313,000 members in 14,650 clubs in 126 countries, including Saint Lucia.

The Club is primarily a unit of Toastmasters which requires eight or more members, and at least three officers. The officers in preceding order are President, Vice President Education, Vice President Membership, Vice President Public Relations, Secretary, Treasurer and a Seargeant at Arms. The clubs are governed by Districts, bounded by geographical limits and overseen by a District Governor and team. Saint Lucia falls within District 81.

Toastmasters in Saint Lucia were thrust into the spotlight this year, when the island’s two clubs hosted the semi-annual District 81 Conference. This conference was held at the Rex Resorts from October 17 to 19. For the first time, the International President of Toastmasters International, Mohammed Murad, DTM (Distinguished Toastmaster) visited District 81. The Conference brought together Toastmasters from around Caribbean, for a weekend of educational enrichment, personal development and social interaction.