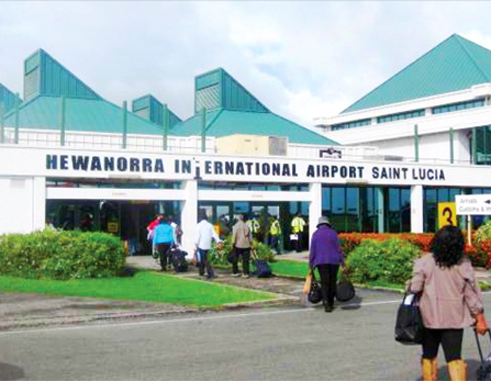 THE St Lucia Air and Seaports Authority has signaled an intent to pursue the privatization of Hewanorra International Airport. The International Finance Corporation which is part of the World Bank Group has been engaged in a contract for USD $ 1,694,276 to assist the Government of Saint Lucia (GoSL) in implementing a Public Private Partnership (PPP) transaction in the airport sector with the purpose of increasing capacity and improving operation efficiency.

The assistance of IFC covers all project pre-investment activities including diagnostic review, transaction structuring and marketing, development of bid/tender documents and PPP contract, as well as support to SLASPA and Ministry of Finance during the bidding process and signing of the PPP contract.

The future of our airports has been discussed extensively at the Cabinet level and within Parliament over the last seven years. It became an intense political issue during the last election campaign. Undoubtedly, any decision on our airports has a significant impact on our future as a nation. We have many with some very strong positions on the closing of George F.L. Airport, some for it and those like me who are firm in disagreement on closure. Many reports have been written, some biased towards a particular viewpoint, some objective. However we must decide based on facts and national importance.

There are interconnectivity concerns within any decision on privatization, as the operator would want maximum throughput to ensure maximum revenue and thus the future of an airport at Vigie becomes a national conversation.

The Jamaican Government has pursued a policy of privatization of its two airports. This they have indicated is in keeping with international trends and the need to attract private capital to finance the required level of expansion and development at the international airports. The Privatization commenced with the Sangster International Airport in 2003, which was seen as critical to Jamaica’s tourism infrastructure.

The Jamaica PPPModel allows for an Airport Improvement Fee which is used exclusively by the Concessionaire and the Regulated Airport Charges are adjusted annually using a USA Consumer Price Index Formula. The concession is for 30 years and was signed by MBJ Airports Ltd which is majority owned by the Spanish firm Abertis.

The model which will be developed by the IFC will have very similar aspects in its construction to the Jamaica PPP Model. The previous approach by SLASPA was to obtain the finances on their own with the Airport Development Tax being used to repay the loan. With those loan funds they will manage a process of design and construction and retain control of the management of the airport. The present approach of SLASPA is to allow a private concessionaire to obtain the loan, use the airport charges (landing fees etc.) and other rentals obtained from the leased space and the Airport Development Tax to improve and operate the Airport.

In the new model being pursued by SLASPA, the Air Traffic Controllers, the Port Security, the cleaners, the car park attendants and every other staff associated with the airport are no longer SLASPA employees. The income to SLASPA as well as expenditure will therefore be significantly reduced in the process, a matter that SLASPA must also consider in its restructuring in the post -privatization phase .

The advantage to the government is the non attachment of contingent liability to the loan, and thus it will not be part of Government’s debt. From that standpoint, and the transparency that will come with the process , I am fully supportive of the decision of the government to pursue the PPP Model. Certainly, there were issues of transparency in the last process, with information being issued by SLASPA being proven to be totally incorrect.

However, I will not support the attachment of the closure of G.F.L. Charles Airport in an effort to bring attractiveness to the PPP Model. I believe this is where national importance has to be brought into the equation. I have witnessed the importance of an airport at Vigie during three natural events in the last 20 years, from Tropical Storm Debbie ( 1994), to Hurricane Tomas ( 2010), to the Christmas Eve trough. As a regional traveller I am aware of the significance of St Lucia having a city airport.

We have a unique airport infrastructure, with two airports that can receive international flights, no other island in the OECS is so blessed. Despite the pronouncement that it is losing money, that is not true, and even if that is so, economic and national importance as a critical infrastructure should dominate the decision making process.

I therefore posit that the approach of engaging the IFC to develop the project pre-investment activities including diagnostic review, transaction structuring and marketing, development of bid/tender documents and PPP contract, as well as support to SLASPA and the Ministry of Finance during the bidding process and signing of the PPP contract is a very sound decision to which I applaud this government. I am of the firm view that G.F. L. Charles should remain under the control and operation of SLASPA and greater effort be made to improve its revenue base. On this position I remain very passionate.