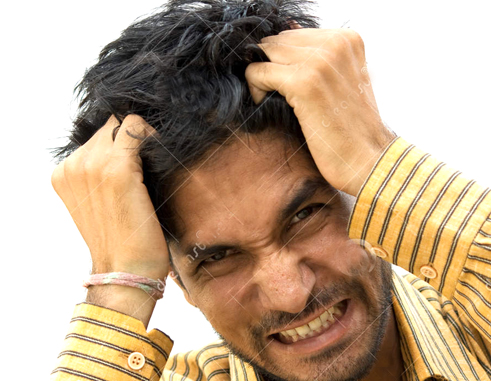 THE depth of frustration simmering amongst young persons in the society seems to finally hit home for some, as a recent televised Talk show, saw host Rick Wayne inviting two young men to share their thoughts on many issues of national concern, among them youth facing an uncertain future.

The shock which has been expressed all week on other radio shows highlighting certain individuals in particular who keep referencing an analogy made during the discussion, smacks of insincerity and attempts to digress once more from the main facts. The concerns should be that the youth are feeling disconnected and hopeless in this country. Clearly they are singing from a different hymnal because when the politicians speak, Abetta Country gets the impression that pretty much all is well with the youth, and the government is doing such a wonderful job of meeting all their needs, among them education, social support and employment.

Our politicians are the people who hog the air–time and they are the ones most likely to convince the public of their version of the truth. It was refreshing indeed to hear young people articulate their thoughts on a platform of this nature on the more serious issues that young people would refrain from commenting on.

Yet overall their disclosures waere disturbing and disheartening. Saint Lucian youth have every right to feel a part of the country’s pathways to human progress, human development, and human well-being. If opportunities to a productive future cannot actualize, then clearly this most basic and critical socio–cultural/political contract is undoubtedly broken in St. Lucia. The situation is more so dire because approximately 40% of St. Lucia’s population is comprised of young people between the ages of 15 and 35 years.

Youth frustration anywhere around the globe makes for a very volatile environment and potentially triggers ugly consequences, among them crime, violence, and revolution fervour.

Chloe Mulderig who wrote on the subject of youth frustration and the Arab Spring also commented on the breakdown of confidence between the state and the people noting that the most basic of societal contracts—that children will one day grow up, begin to contribute productively to society, and then raise families of their own—has been broken for an entire generation of youth in the Arab world trapped in a liminal period often referred to as “waithood.”

This week Abetta Country poses the question: are Saint Lucia’s Youth also trapped in a period of “waithood” and if so, what are the fall outs and what is their feeling about it? We all saw what the Arab Spring did, more than half–way round the world away from here.

Perhaps we should break it down. The age of adult suffrage is 18. This is also the perceived age of independence. How many young people at age 18, can actually obtain employment? Even the Sir Arthur Lewis graduates now have to wait a good two to five years to find steady employment. How about getting off to one’s first apartment, as we say, leaving the nest, or looking forward to bigger commitments such as further education, car loans and mortgages?

What this amounts to in essence (again borrowing from the perspectives of Mulderig), is “the inability of youth to achieve adulthood, held back by governments and markets that stall youth engagement”. Another reality that needs to be exposed at the highest level is that many young males and females begin having children before they have obtained their first jobs ever. Unemployed youth with kids is a fact.

Dire socio–economic circumstances have a way of distorting rational thinking and we need our leaders to grasp these perspectives that are very real on the ground instead of feigning shock. Can one imagine the pressures of being young, unemployed with children to take care of as in providing food, clothing, shelter, medical attention and supervision? Clearly the situation is grave and must be addressed quickly on a multiplicity of levels, in order to halt a vicious cycle that may contaminate the country’s future for decades to come and frighten the living daylights out of citizens because criminality has spiked as a result, and will continue to spike if not arrested by dealing with the frustration of the youth at its core.

Saint Lucia has defined for itself a national youth policy. This document is probably comatose or only partially energized. Whatever the case, thousands of young Saint Lucians feel that their future is out of their hands as the young male guests disclosed to Rick Wayne on his show last Thursday. The “what’s in it for me” is absent. How long can this feeling of hopelessness go on?