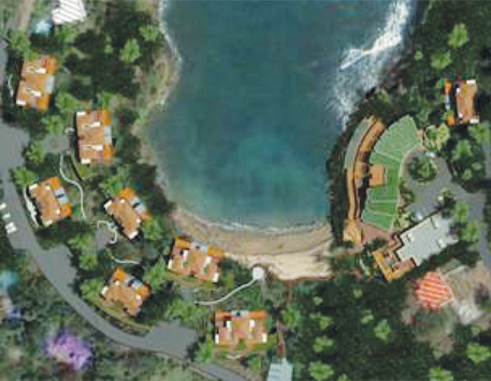 THE UWP at this time undoubtedly must remind us of a few memories of our childhood.

The first is the story of the chicken who was convinced that the sky was falling after being hit by an object, some say an acorn, bound by the laws of gravity. “The sky is falling, the sky is falling.” Chicken Little or Henny Penny, whichever you prefer, spread his or her hapless tale to king and kingdom, only to lead all his fellow men into even further peril. The second is undoubtedly of the man who managed to convince the king that he would be best embellished by sweet nothing, a tale we now know as “The Emperor’s New Clothes.” The UWP and its operatives are harking on two hopes: that the people of Saint Lucia would be sufficiently moved by their “skyfall” propaganda, and that they would then be convinced that they have something new to offer, which indeed shall be sweet, sweet nothing.

Over the past weeks, the UWP in the media and at the watering holes have tried hard to push the panic button on everything they could. First, there was the grand scare of Ebola. Never mind Ebola reaching our shores was deemed of extremely low probability, never mind all countries around the world, from developed to developing, were all scurrying to place resources as fast as they could, the Opposition went on the rampage making all fear Ebola and forgetting ChikV, HIV, diabetes and the many real killers our health system has been battling. But then, risk analysis and risk management don’t always make sense to the ordinary person, and the Opposition spin doctors went to the cleaners trying to convince the population that the plague is falling upon us. Imagine the great egg in face they must have felt when it became clear that the world’s greatest per capita contributor of human resources to West Africa was Cuba, a country which the UWP of old refused to accept its assistance to train Saint Lucians to become doctors and other professionals. But then, the UWP was never sincerely concerned about Ebola for that matter. They thought they saw political points to be scored.

The next great pandemonium the spin doctors spewed was that of suicides. No one wants the loss of life so unnecessarily, but the attempts to place the cause of suicides at the feet of the Government was again a further contempt for reality by the UWP operatives. Let there be no doubt that the protection of life is sacrosanct and the fundamental purpose for the establishment and maintenance of law and order. Invariably, suicidal individuals generally suffer from depression or some psycho-social disorders. Indeed, Governments must take action to protect life from harm in the many ways it comes: through road safety, public health, crime prevention and the likes. However, you would almost believe the UWP was committed to better mental health if you listened to their pundits. You may almost be led to believe that they would have built a new Mental Wellness Centre on their own volition. Yet, the record of that party towards mental health is very clear. Just go ask about the dismantling of the community mental health programme which this Government is working to re-establish.

Nothing new is going to come out of the UWP. Nobody doubts that these past three years have been challenging. The UWP Government left the country in the throes of economic collapse. Many properties were undergoing foreclosure. Across the Caribbean, banks were recording losses and in some instances, had to go under special management by central banks. The CL Financial debacle is still a work in progress, leaving many and their savings on the brink. Since 2010, we’ve been through two major weather events leading to damages and losses in region of two fifths of our economic output. These are not the fault of any political party.

WHERE THERE’S A DIFFERENCE

However, the ability to respond appropriately to these challenges is where there’s a difference. And this Government has been doing just that. The record of the UWP Government in the last tenure?

A UWP Government would have had no choice but to implement the Value-Added Tax.

A UWP Government would probably have placed the country into severe debt by an airport expansion project filled with dubious arrangements.

A UWP Government would probably still be siphoning funds from foreign governments into everywhere but the Consolidated Fund.

A UWP Government would perhaps still be looking to throw the state’s resources into pursuits of little or no return. Remember the Daher Mall? Costly, empty American Eagle flights to Hewanorra? Super consultants at US $150,000.The $2.3 million payment for tents?Roebuck Properties and the loss of the Black Bay lands?

And yet, they belittle the meaningful work of the Government:
1. 4 hotel resort properties once in receivership are now all out and back in business. Tourism continues to grow by leaps and bounds, with another year of positive growth. This is spurring renewed investment in hotel plants which will commence in 2015;

2. 17 bridges constructed, two of which have been designed for four lane capacity so as to facilitate the impending widening of the Castries Gros Islet Highway;

4. The two new hospitals will be completed in 2015 thanks to funding secured by this Government;

5. NICE has provided jobs to thousands of Saint Lucians during tough times. Jobs not only in areas of caring for the elderly, but jobs in schools, in offices, on the farm, on the playing field – all over Saint Lucia. And what’s important is that women have been the biggest beneficiaries, nearly 80%; helping to keep food on the table and children in school. If NICE wasn’t around, unemployment would be well over 25%;

6. Laptops for every Form 4 student. $500 vouchers for every form 1 student. 2 Secondary and 4 primary schools being upgraded. Community Access Centres under construction will help boost access to ICTs;

7. Four playing fields lit allowing for night-time use, including rehabilitation of major grounds such as Marchand and Phillip Marcellin;

8. Nearly 30km of road being completely reconstructed in the southwestern districts of Choiseul, Laborie and Vieux Fort; and

9. Just this week, the Government launched an EC $186 million World Bank funded project on Disaster Vulnerability Reduction aimed at more resilient infrastructural projects in the roads, health and planning sectors. This is being labelled as the largest World Bank support agreement for the Eastern Caribbean.

Does this sound like a Government not doing anything to make this country prosper? Over the next two years, you will observe two trends:
1. The Government will roll out more of its promised agenda which will undoubtedly cause for greater expansion and investment in the economy; and

2. The Opposition UWP will continue with their attempts at convincing a smart Saint Lucian populace that the sky is falling, that they should go back to the “new clothes” agenda of really nothing at all.