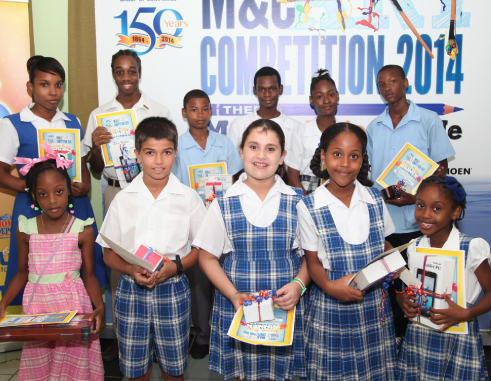 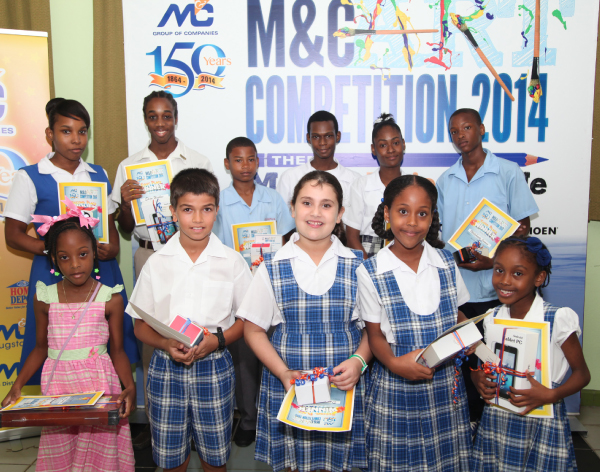 THE M&C Group of Companies celebrated its 150th Anniversary, on September 5 and as part of the Group’s anniversary celebrations, one of the initiatives launched was the M&C Art Competition.

The competition, ran from September 22 to October 24, under the theme: “M&C St. Lisie and Me,” and was opened to all primary and secondary schools island wide.

The competition officially came to a close on Friday December 5 with a special prize-giving ceremony, awarding the achievement of thirteen winning students. Art Pieces were judged in the following categories: Primary students- Grades 1-3 and 4-6; Secondary students- Forms 1-3 and 4-5 and under the following criteria: Creativity, Presentation, and Theme Foundation. Winners were chosen by an independent panel of judges namely Mrs.AlcinaNolley, Mr. Ken Lawrence, and Ms. Nancy Cole Auguste.

The M&C 2014 Art Competition Winners were:

M&C Group of Companies, a subsidiary of Goddard Enterprises Limited, has had a history over the past 35 years of supporting and developing the arts in St. Lucia. Said to the CEO of the Group, Mr. Johnathan Powell: “The Company’s founding partners recognized that a business is part of the community, and as such, it should always seek to contribute more to the society in which it operates.”

Company officials also stated this involvement began through the M&C Fine Arts Awards in 1979 and will continue through initiatives like this Art Competition and other initiatives for years to come.