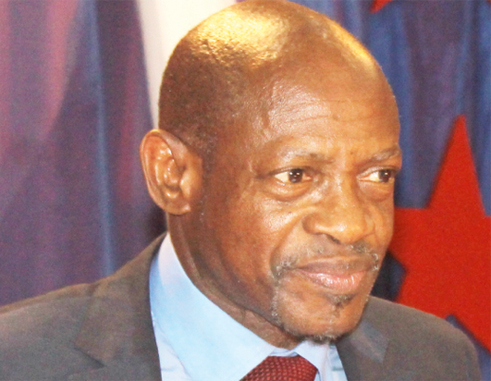 SAINT KITTS and Nevis’ Prime Minister Dr. Denzel Douglas says that given the uncertainty and challenges that exist in the world economy, Saint Lucians need to make the requisite sacrifices in order to realize any economic prosperity.

Dr. Douglas made the call at the Saint Lucia Labour Party (SLP) open session of its 2014 Conference of Delegates held last Sunday in the Castries Comprehensive Secondary School auditorium where he was the guest speaker.

Dr. Douglas said that while impressing upon his countrymen the need for austere measures was initially met with roadblocks, the country’s present economic turnaround proves that faith and hard work pay off.

“You have a Prime Minister who has honestly and forthrightly made it clear that the medium- to long-term strengthening of Saint Lucia will require certain sacrifices in the short-term. Listen to your leader. Listen to him. He knows what he’s talking about. Listen to him and give him the support that he deserves,” Dr. Douglas told the hundreds of delegates.

Dr. Douglas, who is currently serving in his fourth consecutive term as his country’s Prime Minister, explained that as Prime Minister, he has had to oversee the rebuilding of his country’s economic and infrastructural sectors while struggling to compete globally. He said his government’s careful and meticulous management was responsible for bringing the current good fortune to Saint Kitts and Nevis.

Dr. Douglas said introducing a 17.5% Value Added Tax for the general economy and a 10% VAT for the tourism and hospitality sector, as well as a wage freeze for public servants, were some of the austere measures undertaken by his government as its way out of its fiscal woes. He said that while he understands that criticisms will be levelled at any government policy that calls for temporary cutbacks on the part of citizens, the good of the collective must be kept in mind. If it worked for Saint Kitts and Nevis, he said, it can also work for Saint Lucia.

Last Sunday, SLP Political Leader and Prime Minister Dr. Kenny Anthony told delegates that government was doing all it could to avert a worsening of the economy. He said government was also cognizant of its need to create a more favourable environment for doing business. He, too, called on Saint Lucians to support government’s plans to better the nation’s current economic performance.

“This economy is delicately poised. We are making good, sustained progress. My job is to prevent this economy from falling into the waiting jaws of the IMF. Now is not the time for recklessness. We have a lot going for us. Sometimes we have to take two steps backwards to take a giant leap forward. It is so with the recent drop in rankings as the best place to do business. We will recapture our rankings because we are not idle. More changes are on the way,” Dr. Anthony explained.