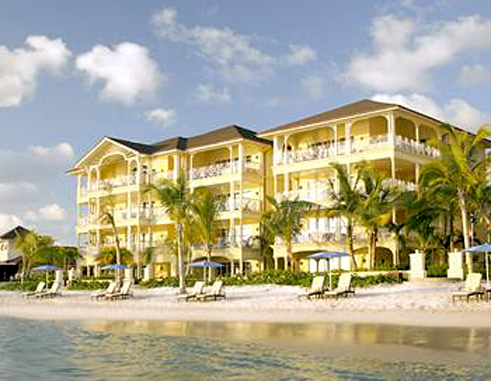 THE Landings St. Lucia is making marketing inroads into the robust Texas market in the United States.

Kashmie Ali, managing director of The Landings St. Lucia, reported that visitor growth from the Texas market had largely been organic to date, but with new marketing tactics focused on the Dallas and Houston markets, arrivals from this part of the United States are expected to increase in the new year.

“Even with falling gas prices, we believe this area of the country offers great opportunity for the Caribbean, St. Lucia and our resort team here at The Landings,” Ali said, recalling the Texas economy had remained strong over the past few years with growth outpacing the nation.

This month, The Landings St. Lucia teamed up with Dallas Cowboys Linebacker and Mid-Eastern Athletic Conference Hall of Fame inductee Justin Durant as a presenting sponsor of a media reception and toy drive at Olivella’s Neo Pizza Napoletana in Victory Park to benefit The Boys & Girls Clubs of Greater Dallas-Oak Cliff Club.

The event was attended by members of the media, members of the Dallas business community as well as two-time Super Bowl Champion Bethel Johnson, formerly of the New England Patriots, and representatives from Boys & Girls Clubs of Greater Dallas.

“St. Lucia is probably the most beautiful place I have been (to)…and I’m definitely going to make the trip back down as soon as possible,” said Durant who thanked The Landings St. Lucia for its support of the charitable evening.

“Anybody who is willing to do something of that magnitude to help me out and just be a part of this event I am just forever grateful – I really appreciate it from the bottom of my heart,” added Durant who spent much of his childhood in the Boys & Girls Club in Florence, South Carolina.

Ali said The Landings St. Lucia is committed to corporate social responsibility at home andabroad and was honoured to give back to the children of the Greater Dallas area.