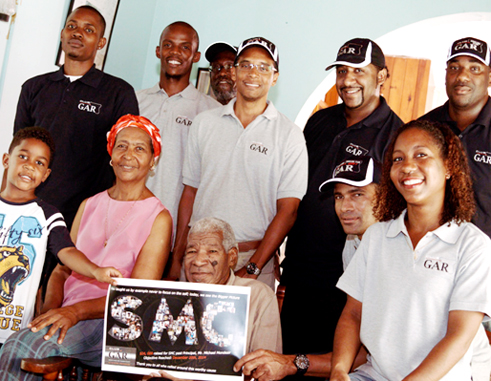 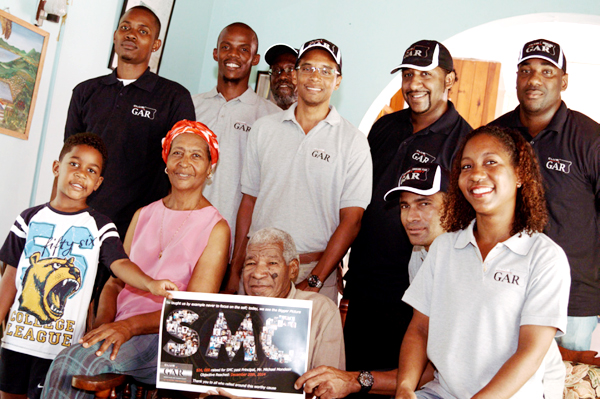 CLUB GAR has successfully spearheaded a fund raising campaign for the benefit of Mr. Michael Mondesir, a former principal of St. Mary’s College.

Mondesir who first taught at St. Mary’s and then subsequently served as Principal from 1980 until 1998, has been experiencing health challenges after having suffered a stroke in September 2010.

Members of the Club were invited by persons in the community who were concerned about Mondesir’s welfare to consider an initiative that could contribute to his well being. Given his outstanding contribution the fact and that Samarians (SMC ‘Old Boys’) comprise a significant proportion of its members, Club GAR decided to assist.

The Club had earlier in the year raised $15,000 for the Cadet Corps through its Walk 4 a Cause 2014 and therefore felt that its members could rally club and community support for Mr. Mondesir. The funds were raised by soliciting $100 from former Samarians and the majority of the funds raised to date was from Samarians.

The wider community, however, also found this cause worthy of support and many non Samarians contributed to the fund. Anthony Bristol one, of the coordinators of the drive, explained that “the initial target was to raise $20,000.00, but when this was achieved this last week we felt we should raise the bar to $24,000.00. We were able to meet that target last Saturday and are immensely grateful for the support from Samarians here and abroad as well as all others who contributed to make this happen in 20 days.”

After consultation with the family it was agreed that the funds will be used to meet Mondesir’s monthly care expenses of commencing January 2015.

When asked about the reaction to the initiative Bristol replied: “It was overwhelming. Many persons have indicated their willingness to raise funds for Mr. Mondesir and other worthy causes. We wish them every success and as a Club we are willing to advise and assist in any way we can.”

The individual pictures of the persons who contributed and their names will be placed on the Club GAR facebook page and also on the website www.clubgar.com Club GAR is a firearms Club based at its indoor range facility in Bois d’OrangeGros Islet. Persons wishing to get additional information on this charitable initiative can contact John Joseph at 716 1584 or visit the facebook page Club GAR.

Club GAR would like to thank all those who made this possible and extends sincere best wishes to Mondesir and family over the festive season and into 2015.