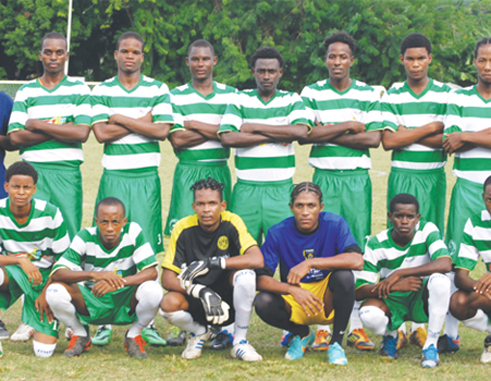 HUNDREDS of football enthusiasts are expected to converge on Gros Islet, Dennery (South), and the La Ressource playing fields (Dennery North) to lend support to their respective teams.

Today, the final and third place playoff of the Gros Islet Championship Knock Out Tournament will take place at the Gros Islet Playing Field, from 5.00 p.m. Monchy plays Sandals, while Super J Northern United comes up against Windjammer for the championship trophy at 7:00 p.m.

Tomorrow in Dennery, the final of the DJDongarMackeson competition will be played between Piton Travel Young Stars and Hill Top Ballers from 3:00 p.m at the DPF.

Also tomorrow the Gros Islet Playing Field will be the venue as well for the final and third place play-off of the Northern Zone Under – 23 tournament.

The two teams made it to the final with wins over Valley Soccer (4-0) and Sun Risers (3-1) respectively.

For tomorrow, the showpiece will kick off with the third place playoff from 1:30 p.m, while the grand final will commence at 3:30 p.m.

Meanwhile, football fans in the South Castries basin will be in for a treat as the South Castries / Roseau Valley Youth and Sports Council sponsored Total Construction Football Tournament continues at the Marigot Playing Field today with one match on the card. at 4:00 p.mGoodlands FC vs Evolution FC.