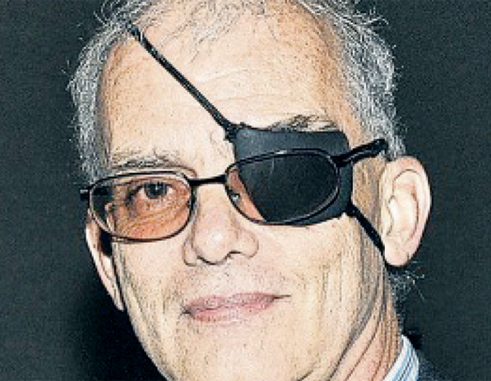 DIRECTOR of the Caribbean Drug and Alcohol Research Institute,(CDARI) Marcus Day says he would like to see the government develop an up to date drug policy that recognizes and accepts modern scientific fact.

Day spoke to The VOICE yesterday stating that he writes to government ministers constantly on the subject, and on other subjects, even submitting to CARICOM proposals that would see the region speaking as one voice on certain issues.

In respect of an up to date drug policy that recognizes and accepts modern scientific fact Day said no one in government has responded.

In an article submitted yesterday, World AIDS Day, he wrote about the ineffectiveness of testing students for drug use. Here is the article:

“Recently the media reported that the principal of the Soufriere Comprehensive Secondary School, Ms. Joan Hippolyte, ordered the mandatory drug testing of 16 students. Principal Hippolyte stated that the students “displayed erratic behaviour” and that was why they were selected for drug testing. The next day it was reported in the online media that Education Minister Dr. Robert Lewis publicly lauded the principal for establishing a drug-testing programme at the school. I have a lot of respect for the Minister but in this case I must say that his praise of student drug testing and its effectiveness is misinformed.

“ In a 2003 paper emanating from The University of Michigan, at Ann Arbor, author Yamaguchi et. al.[3] found that there was no significant difference in marijuana use or the use of other illicit drugs as a function of whether or not the school had:
(a) drug testing of any kind,
(b) drug testing of students based on cause or suspicion, or
(c) drug testing of athletes.

“Nor is there evidence that the heavy drug-using segment of the student population, specifically, is deterred from using marijuana or other illicit drugs by random or for cause testing.

“Further, the authors found in a sub-sample of schools that had random drug testing of all students that even after controlling for the kinds of students and schools involved, they found that even taking the observed values to be true, the data suggested a 5% to 7% reduction in the prevalence of marijuana use associated with testing and, disturbingly, a larger proportional increase in the use of other drugs. The authors go on to suggest that one could generate hypotheses to explain such a phenomenon, such as that testing leads students to reduce their use of drugs that can be detected (like marijuana) and to displace their use onto drugs that they think less likely to be detected”.

I think this last issue the most worrisome in that while marijuana may take 6 weeks to clear from the body, and thus give a negative result to a urine test, students may turn to other substances that “wash out” of the body faster such as crack cocaine which is available in the Soufriere community and is undetectable after 2 – 4 days.

It is clear that “drug” testing is ineffective. Also as ineffective, if not more worrying, is the packaging of all substance use as “drug abuse”. Marijuana use has been shown to not be harmful to the vast majority of people who use it and further, new evidence is becoming available which demonstrates the therapeutic nature of cannabis use.

IN the past 30 years society at the behest of the US and its “war on drugs” has become increasingly intolerant of cannabis use; as a result we have criminalised and demonised a large population of our young men whose only crime was using cannabis. Pushed into a world of criminality by their cannabis use, their choices became narrower and narrower, further driving many into a criminality they neither sought or desired.

Day said CDARI would welcome the opportunity to work with the government to develop an up to date drug policy that recognises and accepts modern scientific fact around substance use and puts health based policies in place while eschewing a punitive or criminal justice path in most cases.