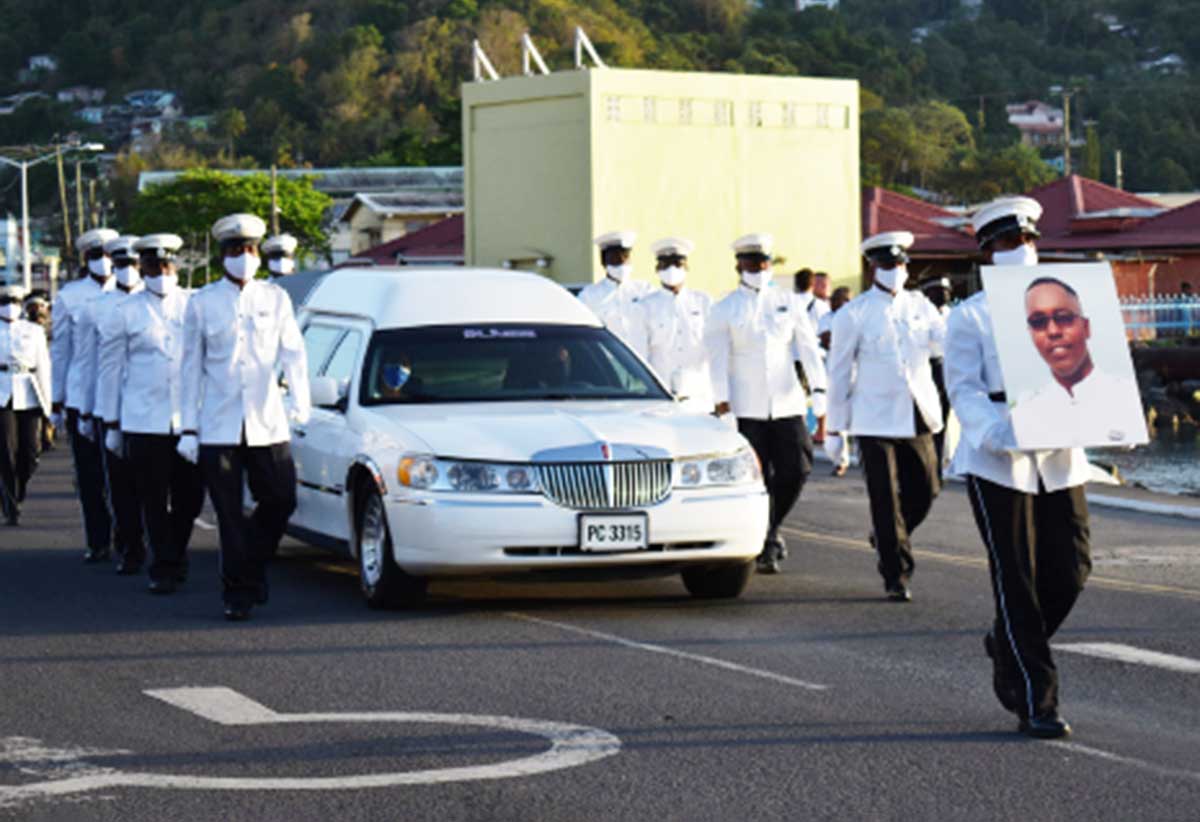 Family, friends, colleagues and well-wishers of Police Constable Nathan Timaitre gathered at the the Minor Basilica of the Immaculate Conception on Monday, March 28, to say their final goodbyes to the beloved officer.

Timaitre who was killed during a cash escort operation earlier this month (he was off duty at the time), received a grand military send off, but the occasion was bitter-sweet.

His ‘celebration of life’ was memorable. Many individuals remembered him fondly. In a touching tribute, Police Commissioner Milton Desir described Timaitre as a “great soul, a remarkable individual and a hero.”

“I stand before you to do what in my estimation is one of the most difficult things that a Commissioner of Police can be called upon to do. To deliver a tribute in the celebration of the life of a fallen police officer is always hard, however, to have to do it in this case considering how Constable Timaitre was suddenly taken away from us, is going to be very painful and depressing,” Desir said.

“When a police officer is killed it’s not just an agency that loses an officer it’s an entire nation; Saint Lucia has lost a statesman. Timaitre not only impressed within police quarters, the public adored him; he was not just ours but also their gentle giant,” the Commissioner added.

According to Desir, Timaitre was known for his loud greetings and bear hugs. The fallen officer was well-loved by fellow officers and will truly be missed by members of the Royal Saint Lucia Police Force (RSLPF).

“Everyone looked forward to his bear hugs. His hugs were usually accompanied by some sort of encouragement. Despite all that I have said there can never be enough words or enough done to truly memorialize such a unique and special police officer,” the Commissioner added. 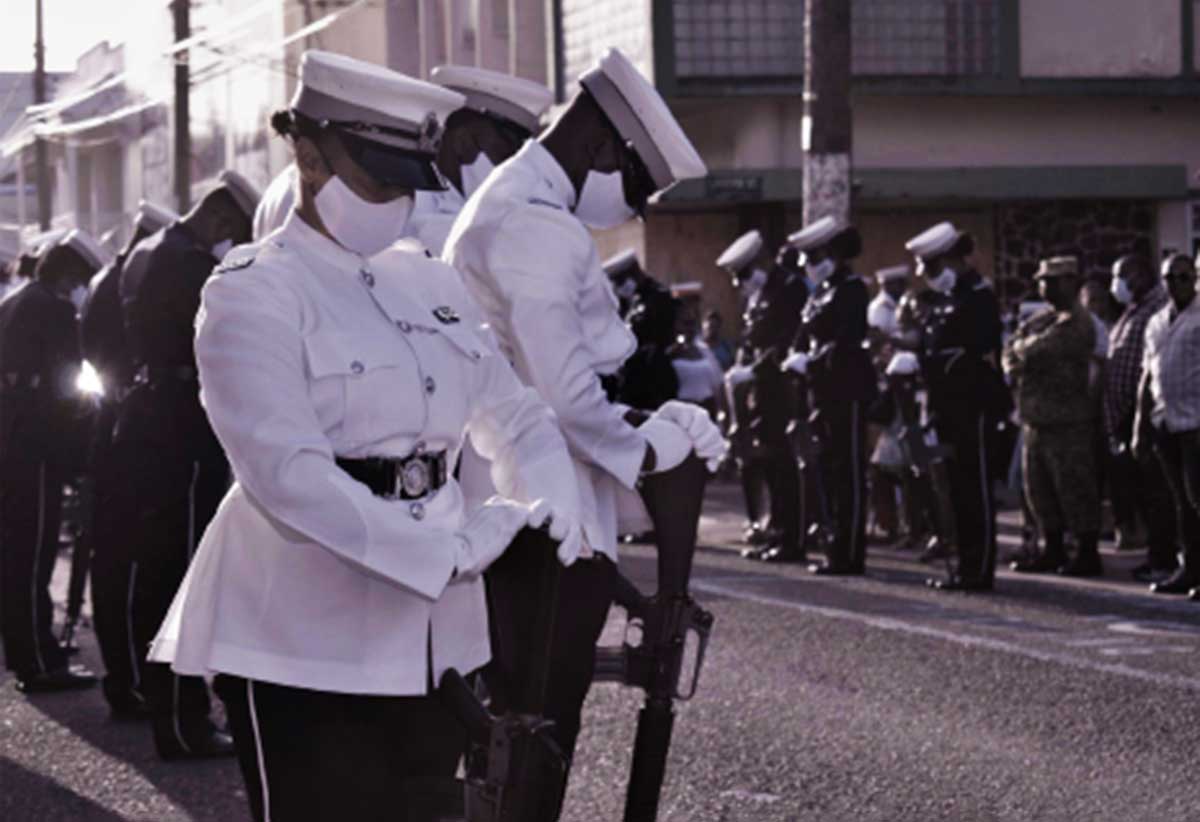 Whilst fighting back tears, Desir revealed that #863, the number assigned to Timaitre, will retire with him.

“It is the tradition of the Force that when one resigns the number is recirculated but I have taken the decision that #863 shall retire with (Nathan),” Desir said.

Constable Timaitre left an indelible mark on the RSPLF. After a moving service, and a spectacular military display, the young Constable (he was only 30) was laid to rest at the Choc cemetery where hundreds gathered to pay their respects.

Timaitre’s murder is currently being investigated by the police; another officer was also severely injured in the shooting incident but is in stable condition.

Earlier this year, Desir said that law enforcement will bring the perpetrator(s) to justice.

“I wish to make it categorically clear to any and everyone who participated in, encouraged or was in any other way associated in the vicious attack on our police officers and the other victims that we shall not be intimidated; we will relentlessly hunt you down. We will find you and within all legal avenues available to us, we will bring you to justice,” Desir said.