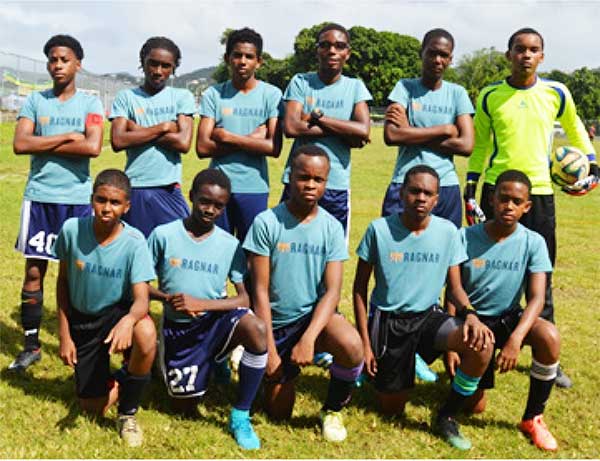 A NUMBER of Saint Lucia’s young aspiring footballers, including those who represented the island in the CONCACAF Under 15 tournament in Florida, will be in action this weekend, but this time representing their clubs in their respective football leagues.

There will be an Opening Ceremony commencing at 4.00 p.m. comprising a march past of the seven participating teams. This will be followed by brief addresses by a representative of the sponsor and the League’s President Kendel Emmanuel.

Immediately following the Opening Ceremony Monarch will battle Survivals in the tournament’s opener.

All matches will be played on weekends at the La Ressource Playing Field.

Today, the action kicks off with two matches in the Under 11 age category being played simultaneously at 10.00 a.m.

In the Under 15 Age Group two games will be played. At 10.40 a.m. Valley Soccer Academy plays GMC while at 12.00 noon FC Pioneers plays VSADC.

FC Pioneers play VSADC Dolphins to be followed by Flow Lancers coming up against Big Players.

The Under 18 matches continue later that day, with Valley soccer Academy playing New Generations at 11.40 a.m. followed by FC Pioneers taking on VSADC from 1.00 p.m.