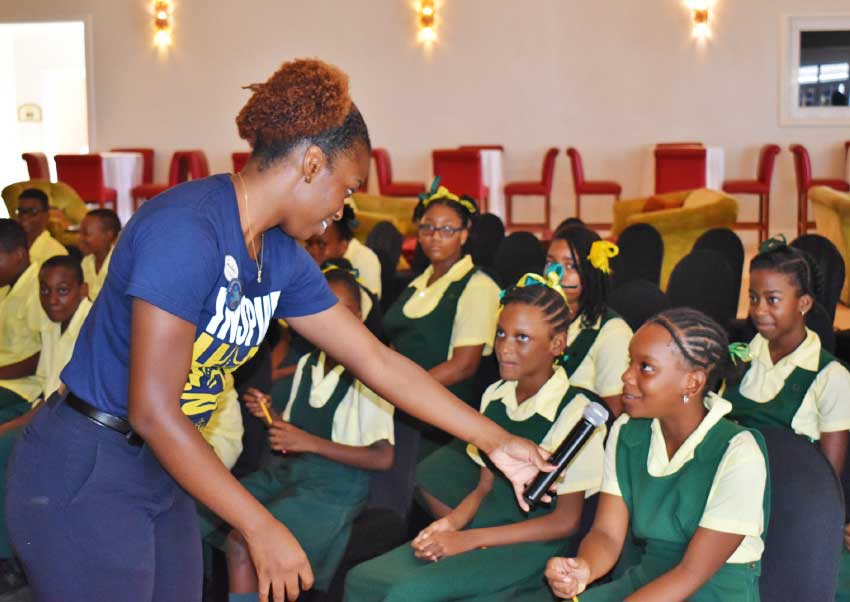 THE Sandals Foundation, the philanthropic arm of Sandals International, has hosted a resort-based activity for over 250 students from local primary and secondary schools. The activity, which was held on Friday September 20th, one day ahead of International Coastal Clean-up Day, was centred on building awareness among the student population about the critical role that people play in maintaining balance in the eco-system. The initiative for this activity was inspired by the natural relationship between the coastal environment and the tourism sector.

The activity was comprised of a discussion on the symbiotic relationship between marine and terrestrial life, followed by a practical beach observation session. The undertaking took place throughout the day on Friday at Sandals Grande St Lucian Spa & Beach Resort, Sandals Halcyon Beach Resort and Sandals Regency La Toc Golf Resort & Spa. Other Sandals resorts throughout the region are carrying out the same exercise. In relation to marine pollution which was the focus of the activity, Rhonda Giraudy, the Public Relations Manager of Sandals in Saint Lucia, stated, “Hopefully we can train a generation to be different; to be better than we have been. So, we are teaching them that there are practices that we can implement in our own lives to impact our coast and impact our oceans.”

The students were sensitised about the environmental and economic consequences of pollution in Saint Lucia, which depends heavily on the tourism industry. The Public Relations Manager further stated, “We are also explaining to them what we can do to limit our carbon footprint; what we can do to be environmentally friendly; what we can do to minimise wastage.” Video footage along with question and answer sessions were used to engage the students, who were then awarded prizes for their participation. In the end, prizes were awarded to all students who attended the activity.

Rodesha Reid, Environmental Health and Safety Manager of Sandals in Saint Lucia, was the director of the activity at Sandals Halcyon. As part of the exercise, the students were given a tour of the various departments of the resorts to learn the conservation methods which had been implemented, such as the biodegradable products which were being used at the resorts. Students were also taken to the resort’s sewage treatment plant where they learned that up to 90% of water was being reclaimed for the purpose of watering the resort’s gardens. The students were receptive to the information that was being imparted to them as they participated actively throughout the entire exercise. Makayla Alphe, a grade five student from the Balata Primary School said the activity was “very interesting and informative.”