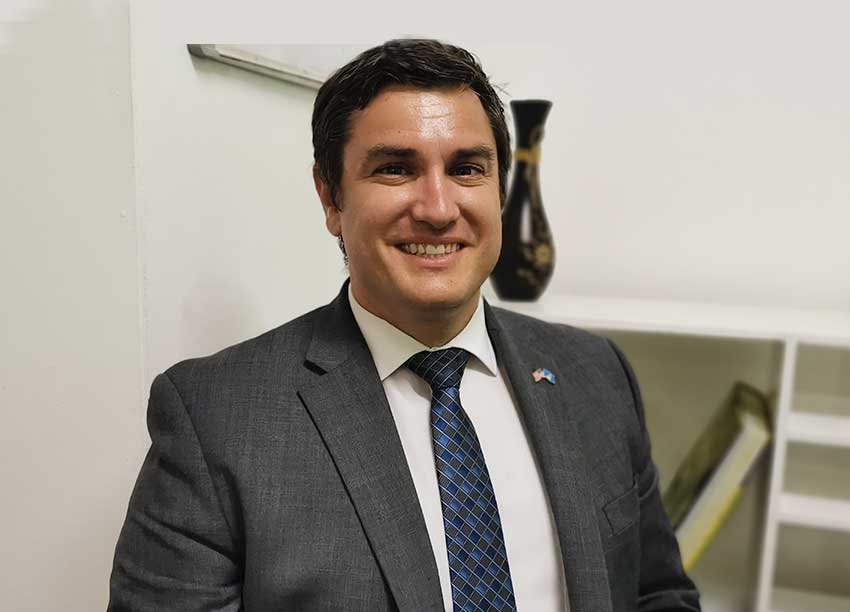 AN envoy from the American Embassy based in Bridgetown, Barbados is calling on Saint Lucians not to politicize the humanitarian assistance to be provided by the United States Naval Ship ‘Comfort’ when it docks in Port Castries on the 23rd of this month.

Larry Socha, Public Affairs Officer at the US Embassy told The VOICE that the curtains will be pulled back to allow journalists, patients, health practitioners and others a view of exactly what will be done on the ship.

The messages and accompanying rumours and scepticism about the ship’s true purpose have had several Saint Lucians calling friends and persons they believe have knowledge about such matters asking for clarification on Comfort’s offerings to Saint Lucia and residents of the two other Caribbean islands (Grenada and St Kitts) the ship is also scheduled to visit.

Socha, who visited The VOICE on Tuesday September 3rd, said that “humanitarian aid should not be politicized and that anyone spreading these messages is doing a disservice to the people of Saint Lucia.”

The ship, best described as a floating hospital, is currently on its 7th deployment to the region since 2007. It was deployed to the Caribbean/Latin American region to support Venezuelans who fleed their country and are presently residing in other Latin American countries, as well as other countries of this hemisphere in a demonstration of solidarity on the part of the United States, as a friend, a partner and a worthy neighbour, according to Socha.

The ship, which will arrive in Port Castries on September 23rd will begin seeing Saint Lucians on September 25th right up to the 30th of this month at two ‘walk-in’ clinics, the Owen King European Union Hospital being one while the other, location still unknown, will be in Castries.

This deployment will see the ship making 14 stops across 12 countries. Personnel onboard the ship are expecting to treat 300 – 500 Saint Lucians per day.

Physicians interested in onboard surgery for their patients are asked to send that information to the Senior Medical Officer in the Ministry of Health, Sharon Belmar-George; the deadline being tomorrow, September 6.

According to Socha, the Ministry of Health will receive the referrals from local doctors. There will be a pre-screening of those individuals that would be best suited for onboard surgeries. Individuals can also seek first come first serve care in the areas of women’s health, dermatology, dentistry, physiotherapy and paediatrics.

Socha said that the ship will be offering outpatient surgeries. It has been estimated that about 100 Saint Lucians will receive this outpatient service which is also being handled in collaboration with the Ministry of Health.

“The goal of the (Comfort) ship is to strengthen the ties between our two nations and we do that by providing this humanitarian assistance,” Socha said.