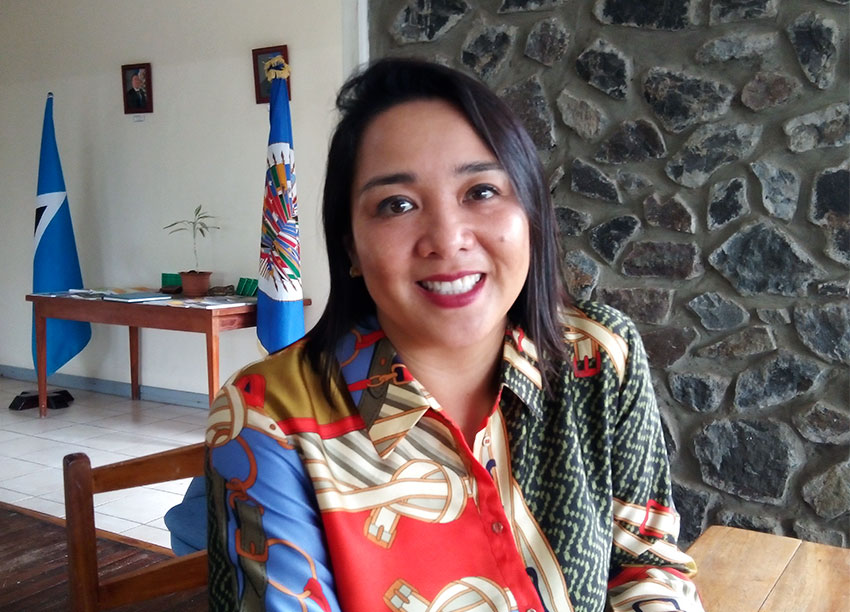 The position, which was vacant for years, was filled by Soto last Friday when she presented her letters of credentials to the government.

Speaking to this reporter Tuesday, Soto said she wants to be the means whereby Saint Lucia and the OAS can draw closer with an emphasis on the OAS drawing closer to Saint Lucia rather than the other way around.

“I am here trying to absorb as much as I can from Saint Lucia and to make the OAS draw closer to Saint Lucia. I know the projects and programmes we have at the OAS. I now have a duty to learn what are the needs and priorities of Saint Lucia in order to be able to match what Saint Lucia needs and what the OAS offers,” Soto said.

She plans to meet with as many people, organizations and groups as possible, meaning government, civil society, non-government organizations and others in order to understand the different visions they have and see how the OAS could be more accessible, available and helpful to Saint Lucia from its docket of projects.