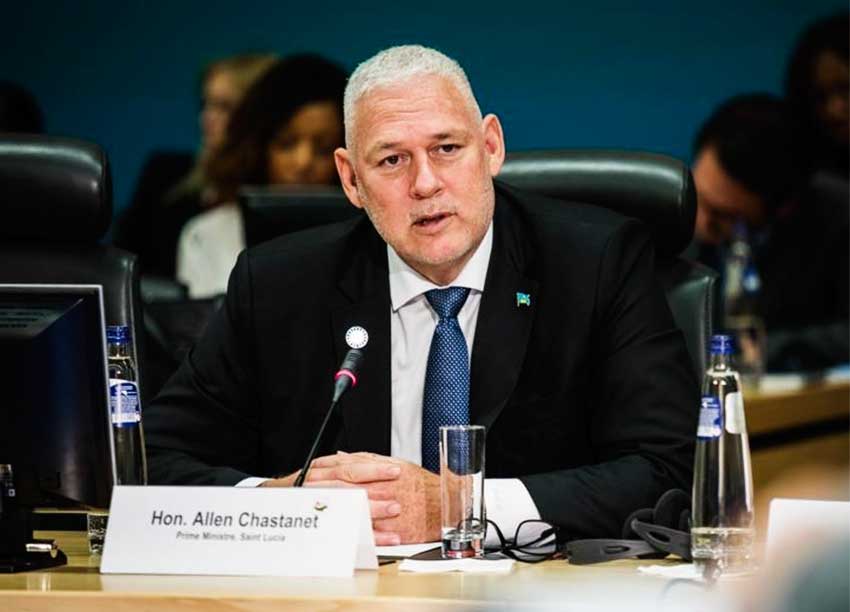 PRIME Minister and CARICOM’s Chairman Allen Chastanet is said to be in great shape despite the sudden drop an aircraft he was travelling in to the Abaco Islands last Friday took to avoid a mid-air collision.

According to the Bahamian Tribune news outlet the plane’s sudden drop in altitude was to avoid a mid-air collision.

The Caribbean team was headed to the Abaco Islands to assess hurricane recovery and relief efforts on these islands which received the brunt of Hurricane Dorian which had passed through the Eastern Caribbean as a tropical storm, days’ earlier.

The pilot explained the sudden drop in altitude over the aircraft’s intercom saying it was due to the Bahamasair aircraft having to avoid another aircraft that refused to respond.

“We were all very fortunate that nothing more serious happened but this is a good example of why temporary air restrictions were put in place to allow only emergency and relief flights in the Abaco and Grand Bahama areas,” the media outlet quoted Prime Minister Minnis as saying.

Meanwhile Senior Communications Officer Nicole McDonald said the Prime Minister is doing just fine and that at no time did he feel unsafe on board the Bahamian aircraft.

“He (Prime Minister Chastanet) said the pilot was very professional in terms of explaining to them what the situation was. He did say it was not as close as is being reported,” McDonald said.

She reiterated that the Prime Minister is fine and up to the task of governing the country doing so presently in Geneva, Switzerland at a United Nations Trade Forum where he brought to the forefront the humanitarian tragedy and the complete destruction of physical infrastructure he witnessed in The Bahamas.

The forum in Geneva focuses on Islands and Coastal Communities and Prime Minister Chastanet spoke during the Open Plenary session on the topic of “Blue Bio Trade and Climate Change: building economic diversity and resilience.”

The Bahamas Civil Aviation Authority has restricted air space over Grand Bahama and the Abacos. Only aircraft providing emergency and humanitarian relief authorized by Civil Aviation are permitted to fly in the restricted airspace. More than 200 planes have already received authorization.