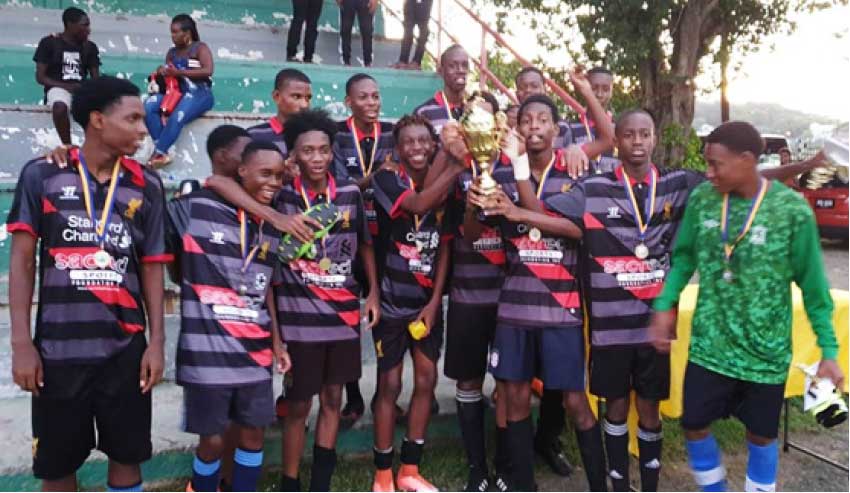 THE curtains came down on the Saint Lucia Football Association (SLFA) Inc. Northern Zone Under-17 Football competition at the SAB Playing Facility on Sunday 8th September 2019.

The final which was played between Pioneers FC and New Generation FC was a very competitive one, in which both teams sought to get the upper hand. But despite some interesting build up neither team was able to break the deadlock as the first half ended goalless.

On the resumption both teams came out aggressively with Pioneers FC looking the more clinical. Hence it was no surprise when they got on the score sheet with a beautiful strike by Kyle Deterville in the 56th minute.

As the game progressed Pioneers FC continued to make inroads in their opponents third which resulted in Shaquan Nelson sealing the initiative with a gem of a goal in the 85th minute, to land his team Pioneers FC the trophy with a 2 – 0 victory.

In the Third Place Play Off Big Players, despite being one goal down early in their encounter against GMC were able to emerge victorious with a comfortable 4 – 1 victory. They led 3 – 1 at half time.

They got their goals from Adrian Vitalis with a hat trick in the 12th, 19th and 66th minute and Jahel Francis in the 23rd minute.

Kerval Cenac scored for GMC in the 7th minute of play.