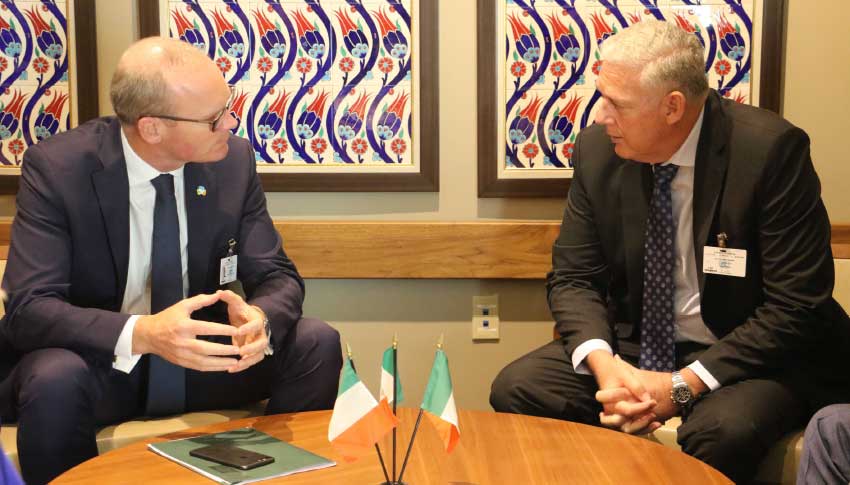 PRIME Minister Allen M. Chastanet continued to lobby on behalf of Small Island Developing States (SIDS) when it comes to the issue of Blacklisting and Climate Resilience, during a Bilateral Meeting with Ireland Deputy Prime Minister H.E. Simon Coveney.

Prime Minister Chastanet engaged the Ireland Deputy PM, on the sidelines of UNGA 74, about EU decisions that directly impact the ability of small islands to be competitive. He explained the issues faced by the Caribbean with correspondence banking and the EU’s Blacklisting of Saint Lucia and other islands when it comes to taxation. The two leaders also discussed the access to funds for resilience building and encouraged the Organisation for Economic Co-operation and Development (OECD) to use the vulnerability index for countries established by the Commonwealth.

Ireland expressed interest in assisting Saint Lucia in finding practical solutions to climate resilience and cooperation in the areas of agriculture and education.