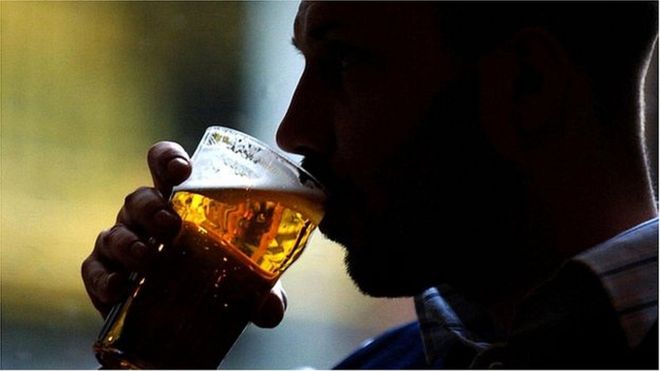 THE word “addiction” means a compulsive act, which causes harm to a person and to other people around over which he or she has absolutely no control.

Experts and various authorities on the subject explain that addiction is primarily a chronic disease of brain reward, motivation, memory and related circuitry. It is said that all this is reflected in the individual pursuing reward and/or relief by substance use and other behaviours. The addiction is usually characterized by impairment in behavioural control, craving, inability to consistently abstain and diminished recognition of significant problems with one’s behaviours and interpersonal relationships.

Ivan Petrovich Pavlov was a Russian physiologist known primarily for his work in classical conditioning. Also called Respondent Conditioning, this refers to a learning procedure in which a biologically potent stimulus, example food, is paired with a previously natural stimulus, for example a bell. Ringing a bell before the dogs are fed for example; Pavlov observed that when this was done over an extended period of time the dogs would salivate every time they heard the bell even if there was no food available. There are many schools of thought which suggest the human body on its own can develop certain reactions, positive or negative, to things it is exposed to in the form of an uncontrolled response. Be careful what you do with your own body.

Since one of the early publications of Alcoholics Anonymous in 1955, this organisation of individuals addicted to alcohol has mushroomed into nearly 6,000 groups whose membership is far above 150,000 recovered alcoholics. Similar groups are to be found in each of the States of the United States and all of the provinces of Canada. This organisation has florished in communities in the British Isles, the Scandinavian countries, South Africa, South America, Mexico, Alaska, Australia and Hawaii. Addiction to alcohol is a big problem all over the world.

In the United States of America Drug addiction kill thousands yearly and impacts the lives of millions. Yes, addiction is a mental disorder caused by the constant or excessive use of a substance, for example marijuana or cocaine. An addiction compels someone to repeatedly use the substance or engage in behaviours even though they have harmful consequences. Drug addiction destroy marriages, friendships and careers and threatens a person’s basic health and safety.

Understanding all of the above the question can help the family deal with an addiction of any kind. The immediate response is to seek help from a professional and pray about it.

But above all else it is important to avoid any practice that might lead to a remote possibility of addiction. Let us start by first understanding that the human body constitutes three dimensions; mind, body and soul. The mind diminishes over time; the body must die someday; but the soul lives forever. Let your soul, influenced by the Holy Spirit lead your body and mind.

To ensure your protection and safety always feed your soul with prayers and scripture.

In conclusion let us now meditate on the following words of scripture:

Ephesians 5:18 – ‘Do not get drunk with wine, which will only ruin you; instead, be filled with the Spirit.’

Romans 7:22-23 – ‘For in my inner being I delight in God’s law; but I see another law at work in me, waging war against the law of my mind and making me a prisoner of the law of sin at work within me.’

Proverbs 23:29-30: – ‘Who has woe? Who has sorrow? Who has strife? Who has complaints? Who has needless bruises? Who has bloodshot eyes? Those who linger over wine, who go to sample bowls of mixed wine.’

Proverbs 23:20-21 – ‘Do not carouse with drunkards or feast with gluttons, for they are on their way to poverty, and too much sleep clothes them in rags.’

Romans 8:13-14 – ‘For if you live according to the flesh you will die; but if by the Spirit you put to death the deeds of the body, you will live. For as many as are led by the Spirit of God, these are sons of God.’

1 Corinthians 3:16-17 – ‘Surely you know that you are God’s temple and that God’s Spirit lives in you! God will destroy anyone who destroys God’s temple. For God’s temple is holy, and you yourselves are his temple.’

2 Corinthians 7:1 – ‘Because we have these promises, dear friends, let us cleanse ourselves from everything that can defile our body or spirit. And let us work toward complete holiness because we fear God.’