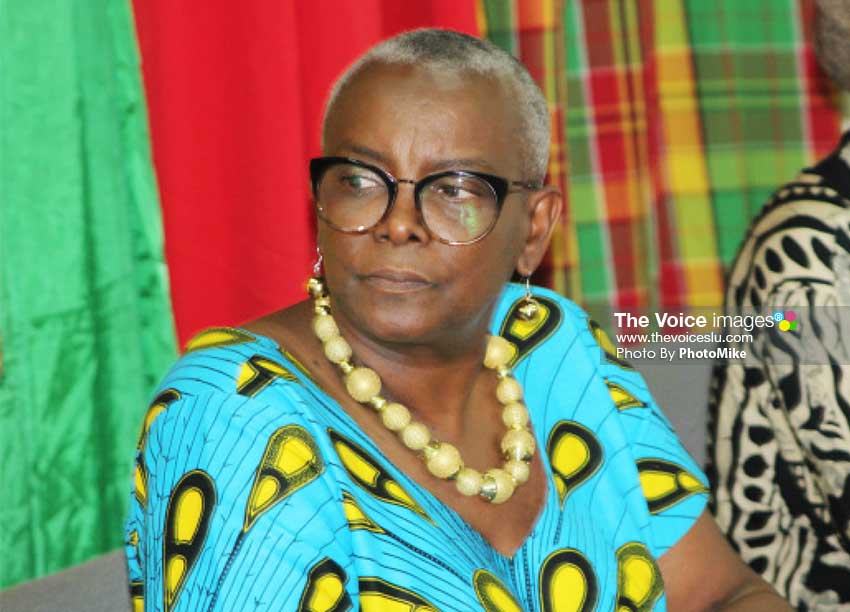 CREOLE Heritage Month, which is next month, will be launched in the town of Soufriere on Sunday from as early as 4:00a.m., while activities for Jounen Kwéyòl will be held in Vieux Fort and Gros Islet on October 27th, 2019.

According to Culture Minister Fortuna Belrose, government last year took a decision to have the town of Vieux Fort spotlighted in this year’s observation and in coming years, reason being the lopsided development she said that kept on taking place in the country, claiming that for quite some time now most of the activities and events held in Saint Lucia are being held in the north of the island.

Belrose said the creole heritage event is one that affords government the opportunity to reach people in a significant way hence the reason why Vieux Fort was selected to have the status of being a permanent venue for the observation of creole heritage month.

“We are hoping that as much as Pigeon Island (National Park) has become a staple that Vieux Fort would become a staple for major events around the creole festival,” Belrose said. She assured residents of Choiseul that organizers of creole heritage month will be working with them so that they do not feel disenfranchised in any way.

Whether this explanation will appease communities which had stepped forth early enough to play a major role in the creole heritage month observation is unknown at this time, however, George ‘Fish’ Alphonse, Programme Co-coordinator at the Folk Research Centre (FRC) apologized to these communities, which in his words “were left standing.”

He was of the view that probably organizers went too far in their planning of the event misreading perhaps the popularity of the month, particularly Jounen Kwéyòl and the eagerness of communities across the country to host the day or some aspects of it. In fact, there was a programme plan for several communities to display different aspects of the culture.

Alphonse brought up a crucial factor that has become a perennial problem for the FRC and the Cultural Development Foundation (CDF) when it comes to promoting, within the country, what is Saint Lucian. That problem is the lack of funding. He wants more funding poured into the observance of Creole Heritage Month, saying that that aspect of the nation’s culture continues to starve when compared to the amount of money being poured into other national events.

Sunday’s launch will be under the theme ‘Dékouvè Sent Lisi, Dékouvè Kò’w’ (Discover Saint Lucia, Discover Yourself). This is a call to action encouraging Saint Lucians to embark on a journey of self-discovery through cultural immersion, while also discovering lesser known traditional and folk practices, communities and sites and around the island.

Since its inception in 1984, Jounen Kwéyòl (Creole Day) has morphed into the biggest national and cultural activity in Saint Lucia. In addition, the survival and growth of the event has contributed to a tremendous development in national awareness and pride in Saint Lucia’s cultural heritage.

Sunday’s official launch of Creole Heritage Month will be in the form of a daylong schedule of activities. The month’s observance will culminate on International Creole Day, October 28, with the first ever FRC Kwéyòl Conference at the Financial Administrative Centre, Castries.

According to the FRC, activities throughout the month were intentionally decentralized in keeping with the theme ‘Dékouvè Sent Lisi, Dékouvè Kò’w’ to encourage patrons and citizens to truly discover the island.

FRC has partnered with the Cultural Development Foundation (CDF) and the Events Company of Saint Lucia Inc. in an attempt to make Creole Heritage Month 2019 a success. Other partners include the National Youth Council, Flow and Bank of Saint Lucia.

Events Saint Lucia is the lead agency responsible for producing events of national relevance and scope in the country. The company, in a press release noted that Sunday’s launch will be presented in three parts commencing with Séwénal, a daybreak celebration beginning at the Old Copra Factory and ending at Old Trafford Complex from 4:00 a.m. to 5:00 a.m.

This will be followed by Sulphur Springs Wellness at Sulphur Springs Park from 5:00 a.m. to 10:00 a.m. culminating with the launch of Creole Heritage Month at the Old Trafford Complex from 1:00 p.m. to 7:00 p.m.

The full day of activities promises to be enlightening, fun and educational with cultural performances, an exhibition, sale of authentic creole dishes and special discounts off tours and excursions around Soufriere. The lineup of entertainment will include traditional cultural and folk groups Avot Servis, Secret Band, Helen Folk Dancers, Soufcan Pan and Future Lights.