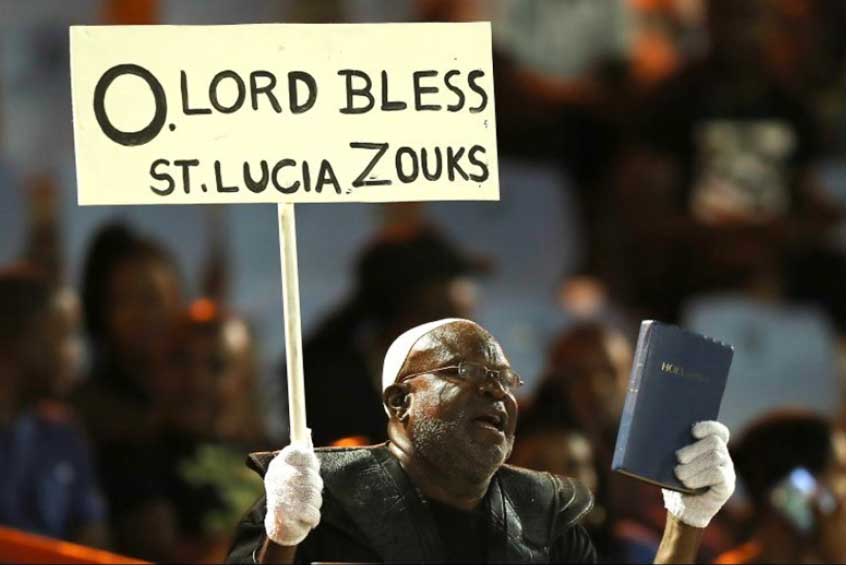 TOMORROW evening (Friday 27th) the Saint Lucia Zouks will have to pull out all stops in their final home game when they play the Jamaica Tallawahs from 8.00 p.m. at the Daren Sammy Cricket Ground (DSCG). In the away game at Sabina Park, the Zouks defeated the Tallawahs by 5 wickets. Scores: Tallawahs 170 for 5 in their allotted 20 overs, Zouks in reply, 171 for 5 in 16.4 overs.

The Zouks will play their final preliminary match against the Barbados Tridents on Sunday 29th at Kensington Oval, Barbados.

The Zouks can still qualify for the playoff round. Last evening (Wednesday 25th), they took on tournament leaders, the Guyana Amazon Warriors at the same venue; the match was in progress at press time.

This evening (Thursday 26th) the Barbados Tridents take on Trinidad Knight Riders (TKR) at Kensington Oval, Barbados. The Zouks fans will be keeping a close eye on this encounter hoping that the TKR will defeat the Tridents and secure the second spot in the play off.

Meanwhile, on Tuesday evening, the Zouks gave fans something to smile about when they defeated the Saint Kitts and Nevis Patriots by 20 runs and in the process collected 2 valuable points to move to fourth place having 5 points ahead of the Jamaica Tallawahs and the Barbados Tridents, while the Patriots just missed out on qualifying on the night by a coat of paint; the Patriots’ final game will be crucial against the Barbados Tridents on Saturday 28th at Kensington Oval, Barbados, which they need to win if they have any chance of qualifying.

On the pitch, the Zouks scored 165 for the loss of 6 wickets with Andre Fletcher 36 and Darren Sammy a quick firing 30 from 19 balls that included three 4s and one 6. Other contributors with the bat were Colin Ingram 21, Colin de Grandhomme 17, and Rahkeem Cornwall 13. The not out batsmen, Chris Barnwell 21 and HardusViljoen 2.

Bowling for Saint Kitts and Nevis Patriots, Mohammad Hafeez picked up 3 for 22; Alzarri Joseph took 2 for 20 and KeronCottoy 1 for 28.

Chasing 166 for victory, the Patriots lost both openers, Evin Lewis (10) and Devon Thomas (9) inside the Power Play with the score on 31 after 3.4 overs.

A 49 run third wicket partnership between Laurie Evans (28) and Mahammad Hafeez (29) gave them some hope but the pair was soon separated inside the 12th over; Fabian Allen did not last too long, he went via the LBW route off the bowling of Kesrick Williams. Captain Carlos Brathwaite (2) 94 for 6, Shamarh Brook (7) 103 for 6.

Mohammad Hafeez was next out; caught and bowled by Fawad Ahmed (29) 103 for 7; by then the party finally came to the DSCG, but not before RayadEmrit (18) and Keron Cottoy (19 not out) put on a 27 for the 8th wicket. Emrit hit back-to-back 6s over the legside off the bowling of Kesrick Williams. He was eventually out, caught by Kesrick William off the bowling of Hardus Viljoen.