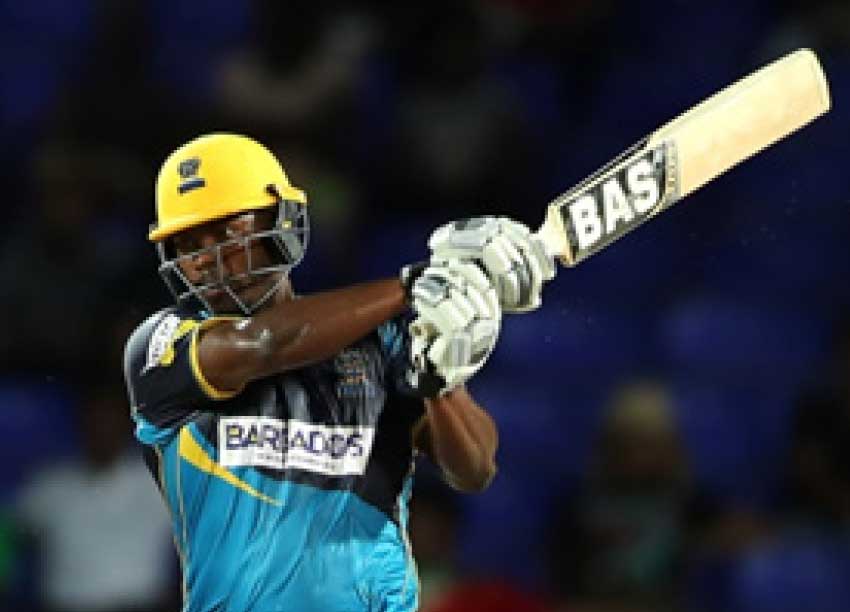 AFTER collecting their first point in the 2019 Hero Caribbean Premier League (HCPL) T20 against the Jamaica Tallawahs at Sabina Park in Jamaica by five wickets before losing to Guyana Amazon Warriors in their opening game by 13 runs, Trinbago Knight Riders four days later by 7 wickets, and Saint Kitts and Nevis Patriots by 6 wickets this past weekend, the Saint Lucia Zouks is back home.

Weather permitting, hundreds of cricket fans are expected to converge at the Daren Sammy Cricket Ground (DSCG) tomorrow evening to support the Saint Lucia Zouks when they take on the Barbados Tridents and the following day play Trinbago Knight Riders. Both matches bowl off from 8.00 p.m.

From here on the Zouks know full well apart from winning the Tridents tomorrow evening, the Saint Lucian public is expecting them to win all of their remaining matches come what may at the DSCG to secure a spot in the knock out phase.

The last time the Zouks made it to the knockout phase was in 2016,

Meanwhile, two time ICC World Cup T20 champion from Sammy (captain) will no doubt want to lead from the front; to date he has been a shadow of himself with the bat, in four innings Sammy has scores of 18, 16, 5 and 18 (52 runs).

In the bowling department, Obed McCoy has taken 6 wickets for 92 runs, Fawad Ahmed 5 wickets for 94 runs, Kesrick Williams 2 wickets for 92 runs and a wicket here and there for Kavem Hodge and Thisara Perera. With another piece of puzzle added to the Zouks line up, leg break bowler, Colin Ingram should add some variety to the attack.

So who is going to put up their hands in the remaining matches? Your guess is as good as mine. Will Daren Sammy turn things around at a facility that’s named after him? Let’s wait and see.

Meanwhile, earlier this week Zouks announced that 34-year-old Colin Ingram, a left hand bats man and leg break bowler, will be joining them for the remainder CPL season. He replaced Sri Lankan ThisaraPerera who has been recalled for a Sri Lanka Cricket training camp.

By all reports Ingram has represented South Africa 40 times and has appeared in 250 T20 matches in various tournaments around the world. With four hundreds, 38 fifties and over 6000 runs under his belt in T20, he brings a huge amount of experience to this current Zouks squad.

Today, (Thursday 19th) from 12.45 p.m. the Coaches and Captains from the Saint Zouks, Barbados Tridents and Trinbago Knight Riders will meet members of the media in a Pre Match Press Conference.