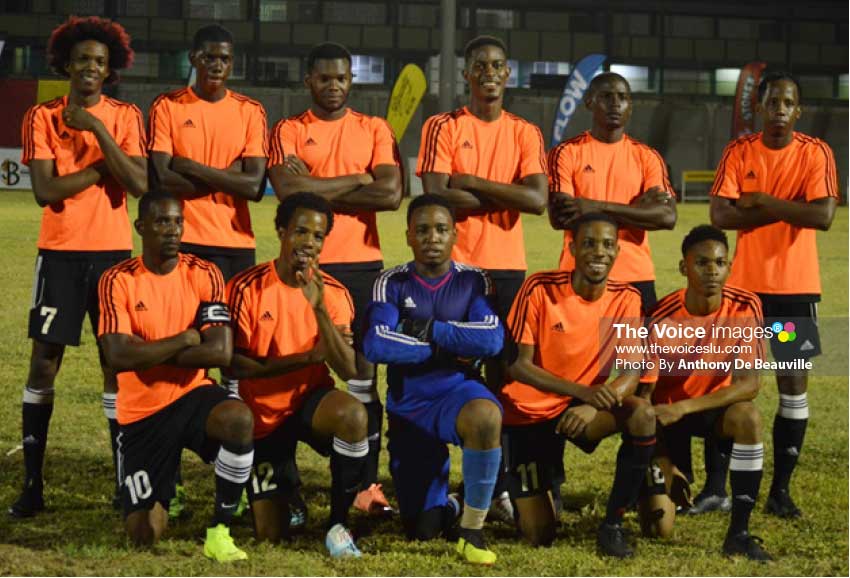 Today, from 6.00 p.m. Dennery, one of the most successful teams ever in the history of Blackheart Production’s football tournament will play the SLFA Island Cup defending champions Marchard.

Dennery is one of three teams who have won this tournament on three occasions, and was also a losing finalist four years ago to semifinalist Micoud, and to Laborie in 2018 (3 -2).

Marchard last made it to the semifinal round at the DSCG in 2017, but were eventually knocked out of championship contention by Canaries 6 – 5 in a penalty shootout after the scores were locked 1-1 at regulation time.

Based on the history of these two teams, the 90 minutes of play on either end of the pitch can be of immense proportion.

In the second encounter, Soufriere takes on Micoud at 6.00 p.m; Micoud has won the championship on two occasions, 2010 and 2015.

Last year Soufriere was booted out in the quarterfinal round by Central Castries, 2-1.

Some of the players who will be on show in that match for the Micoud team are Crispin Bastien, Travis Thomas, Noah Didier, Levi Altidore, and Shane Paul.

Last year Central Castries defeated Dennery 1 – 0 in extra time (117th minute) for the third place silverware; in their semifinal clash, they lost to VFS 2-1. In 2014 they defeated Vieux fort North in the semifinal round 2-1 and in the final lost to Canaries by a similar margin.

At 8.00 p.m. three-time defending champion and home team Vieux Fort South (VFS) is expected to pull out all stops in a South-East coast derby when they play Desruisseaux.

VFS will be without their Head Coach Emmanuel Belasse who is currently on national duty in Jamaica with the senior national women’s team which is competing in Group B of the CONCACAF Olympic Qualifying round, Tokyo Japan 2020.

The big question: will the pendulum swing in favour of Desruisseaux this year? In 2018 Desruisseaux and VFS played in the quarterfinal round at the same venue; VFS won 3 – 2 with two goals from Antonius Myers and the other from Jamil Joseph.