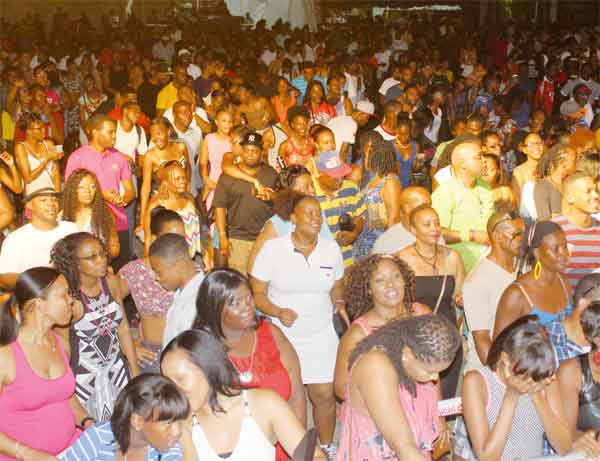 HOTELIERS are all smiles as this year’s carnival celebrations move into higher gear this weekend.

Expected to be a blast as it enters the final stretch, the biggest event for the year will feature a number of shows before petering-out Tuesday night.

The hoteliers are anticipating an expected high occupancy rate for carnival, with several properties said to be sold-out, according to the Tourism Authority.

A release from the Authority quoted the Chief Executive Officer of the Saint Lucia Hotel & Tourism Association (SLHTA), Roderick Cherry as saying that “the carnival season is proving to be better than anticipated”.

“Members of the SLHTA are commenting favourably on occupancy levels. Kudos to the organisers – ECSL and CDF – as this event continues to develop into something more magnificent annually,” noted the Authority in its press release.

The Royal Saint Lucia Police Force is also sending out a message, albeit a different one directed at revellers and persons bent on mischief.

Police Commissioner Severin Moncherry has warned that lawmen will be out in large numbers to enforce the laws of the country and has asked all those participating in the various carnival events to be on their best behaviour.

The mad dash to last lap begins tonight at the Sab Playing Field when nine calypsonians will face reigning Calypso King ‘The Mighty Pep’ in an effort to dethrone him for the Calypso Monarch Title.

Pep (real name Dr Desmond Long) is no push-over having won the monarchy eight times since his first taste of it in 1987 when he sang “Unborn Child” and “Learn from them.” He followed this up with another crown-grabbing performance the following year with the songs “En Bas Gorge La” and “Vagrant”.

Other good years for him resulting in him walking away with the monarch title were 2002 “Escape to Death” and “Last Days” and 2009 “Taking a Chance” and “Get Off”.

But Pep will be facing other calypsonians just as hungry for the crown and some even hungrier having won it multiple times as well, namely Walleigh and Invader, while Nintus (2012), T.C. Brown (2001) and Herb Black (2008) – who will be performing with his sister Black Pearl – all having won it once.

Reigning Power Soca Monarch, Ricky T, also not a stranger to tough competitions, will have to beat some tough performers if he wants to keep his crown because coming up against him are: Esteban, Ezra D’Fun Machine, Isla Man, Mantius, Nassis ft, Chrome, Platinum George and Mr. X, Q-Pid, Soca Psycho and Ti Carro & Hyper.

But it will be Monday and Tuesday mostly that the nation will be looking forward to as the days when the island’s designers of carnival outfits will display their creativity and brilliance in the depiction of the themes displayed by their respective carnival bands.

Called the Parade of the Bands, this year will see 14 carnival bands vying for the prestigious title of Band of the Year which the band Tribe of Twel won last year.

Other titles the bands will be vying for are ‘People’s Choice’, “Mass on the Move’, “Section of the Year’, Best Theme Portrayal’ and ‘Individual of the Year’.