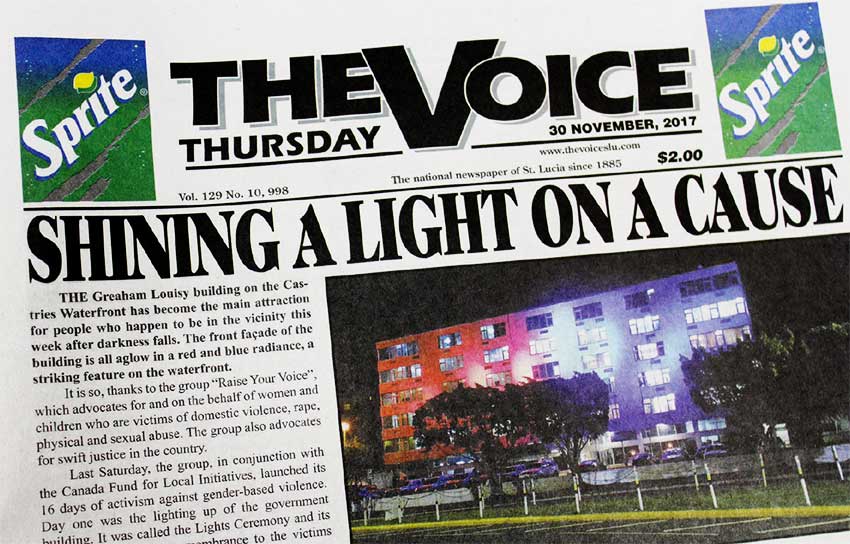 THE VOICE newspaper has done it yet again by being the most read among local newspapers, following a recent survey.

According to the statistics released by Systematic Marketing & Research Services Inc. (SMRS Inc.), The VOICE commands a whopping 79% of the readership and is well spread across demographic groups. By extrapolation, readership of The VOICE amounts to 23,000 people, the survey found.

The latest figures is definitely great news as last year’s figures put readership of The VOICE at 68%, representing 19,500 people – despite The VOICE being the most widely read that year.

Readership of other newspapers was estimated at 3%.

In the poll, respondents were asked to indicate which local newspapers they had read in the past month. The active newspaper readership during the month prior to the survey was moderate (23%), or 29,300 people.

That readership was well spread by socio-economic groups, and by sex, but higher among the 20 years and older age group.

Undoubtedly, none of this success would be possible without the tireless efforts, dedication and support from and by our hardworking management and staff at The VOICE, as well as our contributors, advertisers, vendors and especially our readers who continue to ensure that our 132- year-old legacy continues as we keep bringing the news to the people.

Again, The VOICE says thank you.