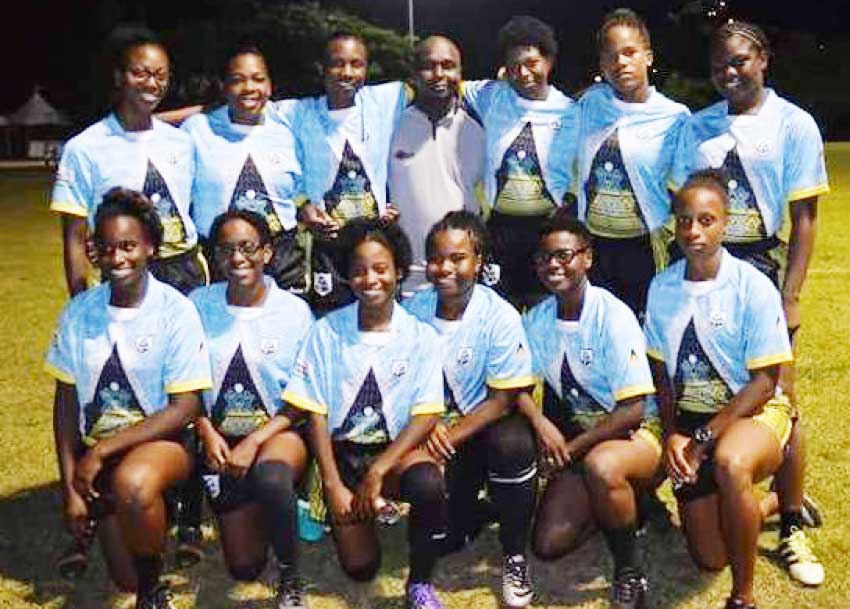 SAINT LUCIA will be represented at the 2017 Rugby Barbados World 7s Tournament slated for December 9 and 10 in St. James, Barbados.

The National Men and Women Teams will be competing against teams from the Caribbean, USA, Canada and UK in their respective divisions.

The Saint Lucia Rugby Football Union (SLRFU) believes that exposing our athletes to the level of play in this tournament will be beneficial as Saint Lucia builds formidable teams for qualifying (to CASCO, Commonwealth Games, Hong Kong 7s,) tournaments in 2018.

The teams will be accompanied by Physiotherapist ZhenyaAllain, Assistant Coach Imran Williams and Team Managers Valerie Gabriel and Mina Espeleta.

Meanwhile, SLRFU recently hosted Kwanieze John, Get Into Rugby Regional Coordinator for Rugby Americas North. During her 5-day visit to Saint Lucia, John facilitated a Get Into Rugby Workshop for coaches and Physical Education Teachers, where she presented the Get Into Rugby programme to PE teachers participating in a workshop for PE teachers organized by Dr.VernattaLesporis of the Ministry of Education.

SLRFU is enthralled by the positive reception of the programme and the change in perception of rugby as being a rough sport. The Union continues to push forward with the development of the sport and is grateful for the unwavering support from the members, athletes, volunteers, supporters and sponsors.