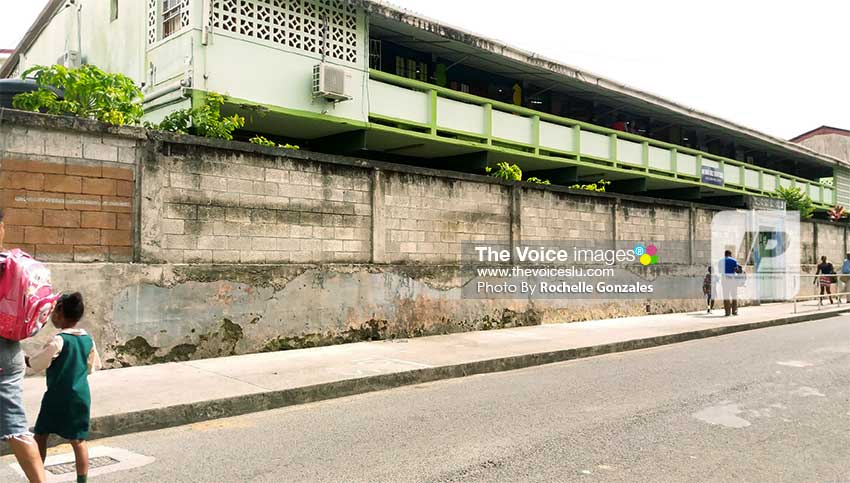 Well, I suppose that is a rhetorical question, but I just wanted to highlight that situation of being caught between a rock and a hard place.

I am referring to vendors coming to their spots in Castries yesterday morning to find that structures in which they vended in said spots had been torn down.

Now, this action taken by the Castries City Council (CCC) has left people up in arms. The vendors feel victimised and have pulled in support from all those who hate the UWP and any works undertaken by the current administration.

I think it’s safe to say that Castries has been split in two where you have some who are happy with the decision and some who are not, for obvious reasons.

Well, let me just start by laying down a few facts before I go into giving my two cents on the matter.

May 2012: Former Director of the CCC, the late Allan Didier, had to make a public statement after a number of trays that were obstructing paths and had become hazardous to customers and vendors alike at the Castries Market, were taken down.

There was uproar then but in the statement, Didier highlighted that the vendors whose trays were dismantled were given months of warning to remove their trays.

He said it was a matter where vendors were given an inch and took a yard, and the CCC was doing its part to restore order.

March 2013: Former CCC Director James Perrineau again issued warnings to vendors who had all but overtaken the city’s sidewalks, saying that CCC had run out of patience after years of warnings for vendors to either reduce on the space occupied by their trays or to completely remove the structures they had built.

Perrineau took one news crew on a tour around the city to show the extent of the problem where vendors had commandeered the sidewalks and where pedestrians were faced with no other choice but to walk along the busy streets to go along their daily commute.

He also showed vending structures that had been built and chained to the sides of the Ave Maria Infant School where thieves would climb up onto said structures to go into the school and steal school supplies and whatever they could get their hands on.

Perrineau said the Council had been too lenient in the past with these issues that spanned many years. He said the CCC was now putting its feet down on the matter, and although it would be an extremely difficult case to handle, it had to be done.

Skip to today, after years of begging and pleading and compromising and trying to reason with vendors, action was finally taken and someone finally had the gonads step up and act instead of talk and people want to fly into a rage and politicise said actions!

To the people complaining (barring the disgruntled vendors, of course), when was the last time you tried walking the city streets on a busy — or worse — rainy day? How many of you complaining ever tried walking these streets with young children in tow and had to eventually brave the mean streets literally: the streets with cars zooming by without a care in the world if they ran you over because they have the right of way?!

And I have said this as well on numerous occasions: the streets of Castries have become a monstrosity where no sidewalks were safe. Why and how was this situation allowed to get this bad?!

With that said, I am hoping that the same vendors whose stalls had been taken down could be relocated to a place that would be more convenient to everyone because like I said, I don’t want anybody’s hustle to be knocked or stopped. But for crying out loud, surely there is a way where we all can coexist without putting each other’s noses out of joint.

On this occasion, people need to stop with the political nonsense and crying foul, claiming political victimisation. This was action that was long overdue and I’m glad to see that someone has now garnered the courage to do what is right.

Like I said at the beginning of my piece, it is a lose-lose situation but one of the losses equates to a major benefit to the masses, so you know what?! It’s a loss that I can definitely call a necessary evil.