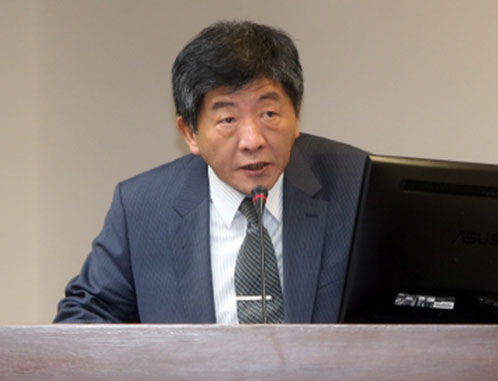 THE Office of the President, Ministry of Health and Welfare (MOHW), and Ministry of Foreign Affairs (MOFA) expressed great dissatisfaction this week that the MOHW has not received an invitation from the World Health Organization (WHO) Secretariat to the 70th World Health Assembly.

“We express our strong disappointment and displeasure following Taiwan’s lack of invitation to this year’s World Health Assembly (WHA),” the Office of the President said in a news release. “We call on the World Health Organization (WHO) to recognize the fact that Taiwan is an integral part of the global disease prevention system and that the 23 million people of Taiwan have an inalienable right to equal treatment in health.”

MOFA said in a press release that it believes that, “if the WHO bows to political pressure by denying Taiwan an invitation, it will not only be ignoring the Taiwanese people’s right to health, but also causing a severe breach in the world health system.” The ministry called on the WHO to “seriously consider the requests for Taiwan’s inclusion made by many nations and international medical groups from every region in the world.”

“ROC Minister of Health and Welfare, Chen Shih-chung, plans to lead a delegation to Geneva, where he hopes to engage directly with other national delegations and international health organizations through WHA participation, bilateral meetings, and side meetings and activities,” MOFA said. “The aim is to exchange views on international health issues and trends, as well as concerns over epidemics, so that global health security can be effectively safeguarded.”

The ROC government expressed its appreciation for the support the Republic of China (Taiwan) has received from like-minded countries such as the United States, Japan, Canada, and those in Europe, its diplomatic allies, other friendly nations, as well as local and international groups, over its participation in the 70th WHA, and is grateful for the concrete actions taken to request that the WHO invite Taiwan.

For further information, see “President Tsai interviewed by Reuters” on the website of the Office of the President, and “Leave No One Behind” on the MOFA website.