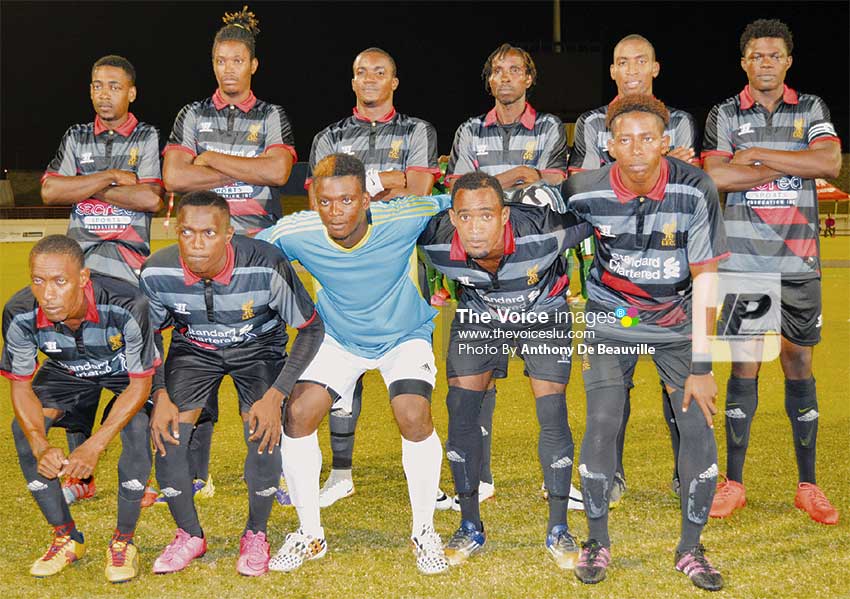 THE battle lines have been drawn and a massive crowd is expected at the Daren Sammy Cricket Ground tonight as former Blackheart champions Canaries and the Saint Lucia National Under- 21team contest the finals of the Vizions Entertainment/SLFA ‘Super League’ Football Tournament.

The excitement will commence from 6:30 p.m. for the third place silverware as Vieux Fort South play Central Castries. Both teams will be looking to redeem themselves following defeats last weekend at the same venue in semifinals showdown.

At 8:30 p.m., playing for the $30,000 in prize money, the championship trophy, gold rings along with bragging rights, will be Canaries and the National Under-21 team. The matchup is expected to be a thrilling, tactical, physical and fast-paced one.

The two finalists will be seeking their first Super League title. The last time they played each other was on April 9 at the Soufriere Mini Stadium with the match ending 1-1.

How they made it to the finals:
The National Under-21 team defeated a formidable Central Castries team 1-0, a goal scored by substitute Aaron Richard in the 86th minute. Canaries had the better of last year’s finalist Vieux Fort South 3-1 with goals from Bradley Tisson (23rd minute penalty) and David Henry in the 54th and 66th minutes. VFS’ lone goal came from Antonius Mayers in the 14th minute.

The National Under-21 will be going into the final as the best defensive team having conceded just 1 goal in the six matches they played in the tournament when they played to a 1-1 against Canaries.

Canaries are not too far behind with two goals conceded in six matches and have the best goal difference heading into this evening’s finals.

National Under 21 Team Head Coach, Francis Lastic, said, “It feels good not only for me but the entire team, including the technical staff, to advance to the finals. This year, we worked hard throughout and one expects us to continue with the momentum. We are meeting Canaries for the second time in the tournament. The last time we played each other the game ended 1-1. Come this evening, we expect to give a better showing on either side of the pitch.”

Coach of the Canaries Football team, Dominic Leonty, said, “The National Under-21 team took us by surprise when we first played them, especially in the first half. We never thought they were that physical and that was a wakeup call for us that we don’t take things for granted.”

Leonty continued: “I have played them before and we are the only team they have not beaten. We are undeafed as well. The last time we played each other the game ended 1-1; something have to give this evening. I will not let the cat out of the bag. I just want the people to come and see for themselves because I am coming to the DSCG with a plan.”

Meanwhile, one lucky patron will walk away with a brand new vehicle during a special draw.