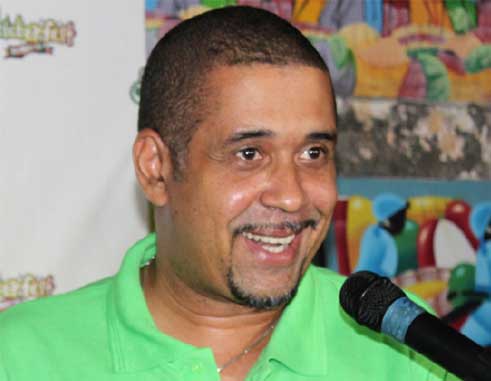 THE first festival under the Soleil brand which ended on Sunday – Saint Lucia Jazz Festival — did not have the mass appeal as did its predecessor in the past, which was filled with other music genres, making for a broader audience at venues.

But the cost factor associated with it is significantly lower than previous years.

Thomas Leonce, Chief Executive Officer of Events St. Lucia, the new company formed to handle the various festivals under the Soleil brand, stated the cost for holding the festival this year was way below that of previous years.

He said the amount spent in the past — for example, last year — to host the jazz festival was enough to host all the festivals under Soleil.

“Soleil’s cost is significantly less. To put it into perspective, the cost of staging just the jazz festival is what we are going to use to stage the entire series of festivals under Soleil,” Leonce said.

Last year, an estimated $14 million was spent on the festival. With six festivals under the Soleil brand, it means that that amount — or less — will be spent on Soleil.

With respect to the just-concluded jazz festival, Leonce recognized its low level of public relations work, which could have been a reason for its low turnout at the Main Stage Pigeon Island National Landmark.

He said that planning for the event kicked into high gear too late — in February — especially with the change in brands. People, he said, needed more time to allow the change of brand to sink in.

However, he believes the festival in its new format can be a main attraction, draw the crowds and fill hotel rooms. This year, he said, the idea was to try new venues and tweak existing ones.

“There is nothing to say that jazz must continue at Pigeon Point. We are also exploring new venues for 2018, 2019 and beyond just to keep the cost under control and at the same time give patrons a wonderful experience,” Leonce said.

The new company managing Soleil had not compromised on the stage, sound and lighting for the jazz festival. Those remained comparable to what obtained in past years as were other aspects of the festival. As in previous years, St. Lucians were the main provider of services, including the entertainment at Tea Time Jazz, West Coast Jazz and Jazz at Keebees, where all performers were St. Lucian.

But will the present format of the jazz festival achieve its original purpose, which is to fill hotel rooms and make St. Lucia a recognized, must-see destination for tourists, or even make a profit for organizers?

Leonce is concerned about the value of not just the jazz festival but the Soleil brand with its various festivals. He believes Soleil would make St. Lucia different to other countries staging jazz festivals by keeping the name ‘St. Lucia’ as a destination worth visiting.

Soleil will be featuring six festivals from May through October, including the St. Lucia Jazz Festival, Roots and Soul Festival which will be dedicated to musicians who are setting new trends in reggae, conscious hip-hop, Afro-punk and R&B, with performances, master classes and encounters between artistes and other actors in the music business.

Like Saint Lucia Jazz, there will be free and paying concerts, in various parts of the island, again culminating at the Pigeon Island National Landmark, this time on Fathers’ Day, Sunday June 18. It begins on June 16.

The other festivals are St. Lucia Carnival (July 17–18), Food and Rum Festival (August 24–27), a revival of a festival that took place in 2006 and is a gastronomic event to attract the best chefs, wine connoisseurs, rum fanatics and food critics from the Caribbean and internationally.

There is also the Country and Blues Festival (September 15–17) and Arts and Heritage Festival (October 28–29) which will be building on Creole Day.

While Leonce believes organizers will have a lot to learn in building Soleil into a world- recognized brand, he said it could be done just as the St. Lucia Jazz Festival was at some point in its long history.

Roots and Soul and Country and Blues are the two new festivals under Soleil. The idea, according to Leonce, is to package a festival that will draw people to the country. He said each festival will have its own audience, thereby catering to a wider cross-section of people in traditional tourism markets in order to keep visitors flowing into the country with something unique to look forward to other than just sun, sea and sand. He envisages the country becoming known as a place for festivities, a catchy slogan to lull visitors.