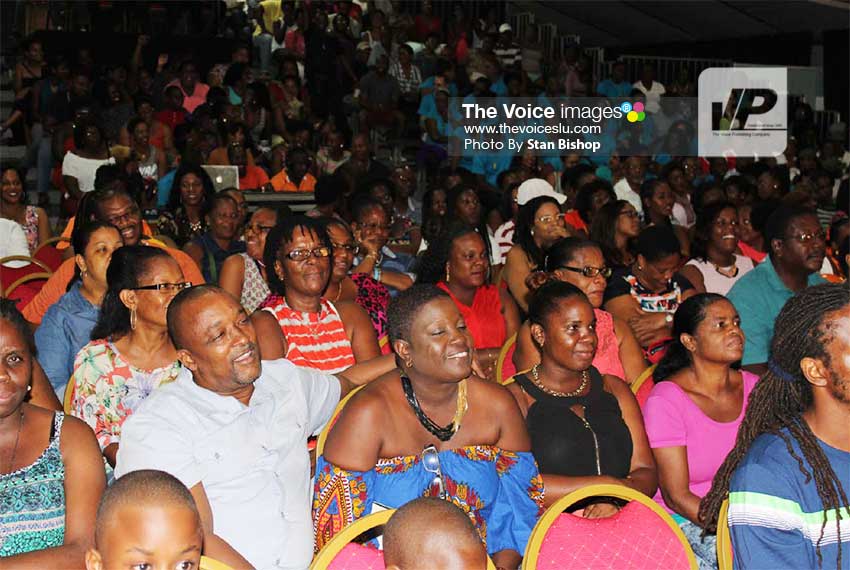 LEANN “Lilly” Beausoleil of Banse La Grace Combined taught eleven other teachers a serious lesson last Friday evening: that when it comes to kaiso, she can outclass them all.

The audience included teachers, students and calypsonians, and the latter might well want to take a page from the show’s quality which has since been getting high marks.

Beausoleil, a Physical Education and music teacher, who has been in the teaching service for the past nineteen years, scored highly with her song, “We taught Them Too”, written and arranged by Jason “Bachelor” Joseph, also a teacher and two-time Calypso Monarch.

“It’s my first time on stage performing calypso,” she told The VOICE shortly after her win. “I gave it everything I had, but didn’t expect that I’d win.”

The song speaks about some teachers’ heavy focus on students who perform well academically with lesser attention paid to those under-performers who often go astray when they leave school.

Her win qualifies her for this year’s Inter-Commercial House Calypso Competition. However, as far as competing in the national calypso monarch, she said: “I will cross that bridge when I get there.”

Hildretha “Ms. Tick” Joe of Babonneau Primary School was first runner-up with her infectiously tantalizing “De Whole Long Loaf”. In the song, she lamented the subject of people in relationships often finding themselves having to settle for less than everything. In her case, she said, having to share her “bread” with other people in a romantic relationship will not cut it.