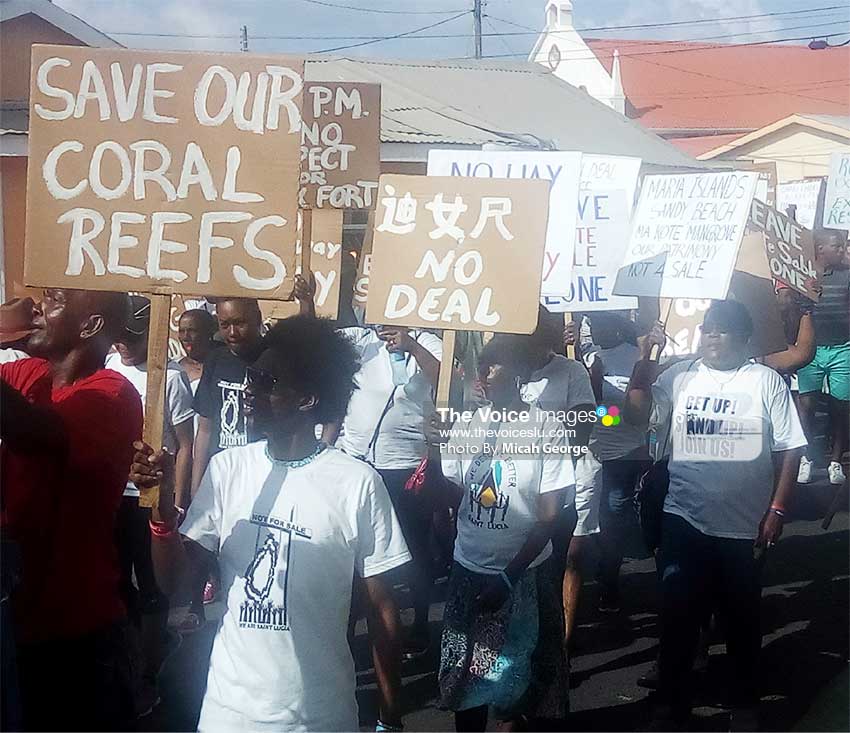 OPPOSITION to the US$2.6 billion project by Desert Star Holdings Ltd. (DSH) has not abated since it was first mooted last June as was evident last Sunday in the town of Vieux Fort.

Based on numbers seen at various venues where people staged their disapproval of the deal, there seems to be increasing rejection to the project in its present form.

From the lone figure of Christopher Hunte, host of the television talk show “Politically Incorrect”, silently staging a one-man protest against the deal government signed with DSH standing opposite government buildings on the Castries Waterfront holding a placard denouncing the deal each day for several weeks now, to town hall meetings across the country by both the government and persons opposed to the deal, to callers to radio and television talk shows, there seems to be no let-up to the backlash the DSH project appears to be receiving.

Sunday’s protest march organized by the Vieux Fort Concerned Citizens Coalition for Change (VFCCCC) was one such movement against the DSH deal.

Here’s a pictorial look at what went down on Sunday.