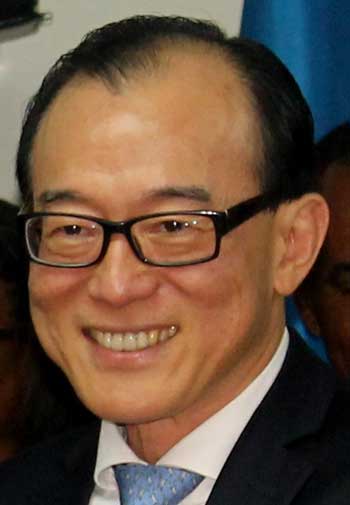 The Cabinet of Ministers was yesterday given yet another presentation of phase two of the Desert Star Holdings (DSH) project by its Chairman, Teo Ah Khing.

Khing, who was seen in the House of Assembly at Tuesday’s sitting as Prime Minister Allen Chastanet delivered his government’s policy in this year’s budget, spoke to reporters on Wednesday outlining the proposed development for the body of water separating Point Sable Beach on the mainland and the Maria Islands Nature Reserve.

He told reporters he had discussions on the project, called the “Pearl of the Caribbean” with both the present and previous governments and that the previous told his people to wait.

“We met two or three times with the ex-Prime Minister. We were asked to wait. We met in London too,” Ah Khing said.

He said the initial meeting was in late 2015 where introductions were made and certain points about the project discussed.

“There were some discussions but not the same as with the present government,” Ah Khing said, noting that back then the two parties “had a few back and forth (discussions)”.

According to Ah Khing, the development between the mainland and Maria Islands will be on reclaimed land, which will be about 200 to 230 acres, and that the sea life in that area will be preserved, including the coral and the nature reserve.

He said the distance between the corals and the islands will be wide enough to ensure that they remain as pristine as they presently are.

Regarding employment guarantees for St. Lucians on the project, Chastanet said government controls the labour force through work permits and will continue to follow that practice. However, insufficient labour will mean the government will have to allow labour to come into the country, including people in specialized areas that cannot be found in the country.

But how much money from the Citizenship by Investment Programme (CIP) will be invested in the DSH project?

While Chastanet was not clear on a definitive figure, he noted that as a general rule the government does not want to see more than 40 percent of money coming from CIP going into any project.