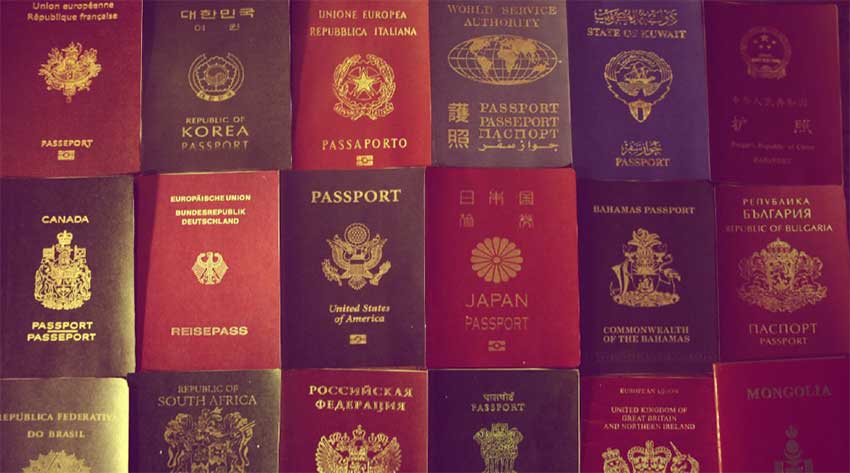 CITIZENSHIP by Investment Programmes (CIPs) in the Caribbean have been the subject of much criticism, even though the financial and economic benefits of the programmes are undeniable. These programmes are operated by Antigua and Barbuda, Dominica, Grenada, St. Kitts-Nevis and St. Lucia.

Are those detractors right to decry the CIP? Do they pose dangers to other nations? Are any such dangers potentially worse from Caribbean countries than from others that operate similar programmes? To answer these questions, a tour of CIP’s – by whatever name they are called – might be useful.

People all over the world have always sought citizenship of countries other than those in which they were born. Historically – and at the present time — the majority of such people are economic migrants; people who leave their birth countries, seeking opportunities elsewhere. But migration is no longer limited to the poor or the desperate; today there are tens of thousands of millionaires who are also seeking alternative citizenships.

CIPs are not restricted to a handful of Caribbean countries nor do they enjoy exclusivity in the field. Like virtually everything else in the world, the market for second citizenships is global and extremely competitive.

For instance, last year a record 82,000 millionaires acquired a second citizenship. The number of millionaires moving to another country jumped 28 percent in 2016 over 2015, reaching the highest level in history. Millionaires were enticed, courted and encouraged by a number of countries, including Australia, the United States of America, Spain, Portugal, Malta and Cyprus, just to name a few. This year, the number is more than likely to be higher.

The point is: there is a demand in the global market for second citizenships. It is a demand worth billions of dollars and many governments, including some who criticise the Caribbean for its CIPs, are very much involved in it.

The world’s top destination for millionaires seeking another citizenship is Australia. The second is the United States. Neither of them has been a passive recipient of millionaires and their money. Both have active programmes designed to lure millionaires to their shores. These programmes are cast as schemes for permanent residence leading to citizenship; they differ only in the length of the process, not in the purpose of them.

In 2012, Australia introduced a ‘golden ticket’ investor visa for US$3.8 million that has attracted more than 1,300 millionaires. It also has a cheaper programme at $770,000 that allows temporary residence and takes longer to get a permanent visa.

For 27 years, the United States has been operating what is called an ‘EB-5’ programme. It requires a $500,000 investment for a 2-year visa which can be turned into permanent residence and eventually citizenship. Since 2012, the programme has generated at least $8.7 billion for the US economy. While originally it was meant to help finance projects in low-income areas, it has been used to attract Chinese millionaires to invest in high-end real estate projects.

Until 3 years ago, Canada was the third highest beneficiary of visa-investment programmes. Canada scrapped the programme in 2014, but two months ago, Quebec announced that on May 29 it will launch the Quebec Immigrant Investor Programme. For CAN$800,000 that programme provides permanent residence leading to citizenship in Canada. Not surprisingly, the programme, while open for 1,900 applicants, is providing for 1,330 applicants from the People’s Republic of China.

In the Australia programme, nearly 90 per cent of the 1,300 who signed up were from China.

The point is many of the governments that express concern about Caribbean CIPs run such programmes themselves, earning billions of dollars and targeting the same millionaire communities as do the Caribbean jurisdictions.

The Caribbean has a right to a share of the feast on the global table and not just to the crumbs that remain after others have fed themselves. Those who continuously condemn the CIPs also fail to acknowledge that all the governments, including those in industrialised nations that operate these programmes — by whatever name they are called — do so as a means of bringing revenues and investment into their countries. Small Caribbean countries have the same motivation; they have adopted these programmes out of economic necessity.

But having said all that, Caribbean countries with CIPs should be aware that the critics hang their disapproval of CIPs on the peg of money laundering, tax evasion and terrorism. They claim that CIPs can be used for these purposes, even though they have failed to explain how or to produce evidence of instances where it has occurred.

That is why what is crucial to the success of these programmes and their acceptability is vigorous, intense and transparent scrutiny of the applicants for citizenship. For the programmes to be successful, they certainly need applicants of high worth and, in this regard, Caribbean jurisdictions must create new and exciting reasons why their citizenship is competitive and desirable. But they also require great comfort by the governments of countries to which the successful applicants will travel.

This demands that the process of vetting applicants must be constantly reviewed and regularly strengthened. No other country should have doubts about them – not in a world where almost everything is capable of cross-border movement. The five Caribbean governments must invest just as strongly in the robustness of their vetting system as they invest in the promotion of their citizenship.

Already, some Caribbean countries operate stringent vetting processes for CIPs, including referrals to Interpol and the Joint Regional Communications Centre based in Barbados that is connected to agencies in the EU, Canada, the U.S. and the U.K.

All the countries in the Caribbean should follow this pattern; by doing so, they would strengthen the confidence of other nations in the integrity of their system and give those nations comfort in not applying visa requirements.

In this way, the value of CIPs to Caribbean economies will endure and their native people will have reassurance in the worth of their own passports.

(The writer is Antigua and Barbuda Ambassador to the United States and High Commissioner to Canada. He is also a Senior Fellow at the Institute of Commonwealth Studies, University of London and at Massey College in the University of Toronto)