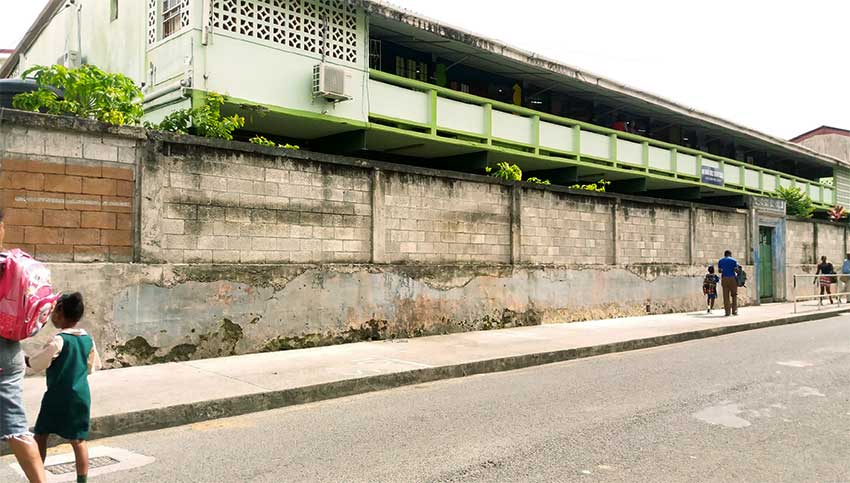 THE Castries Constituency Council (CCC) over the weekend kept to their promise of tackling the issue of vendors who have indiscriminately taken over the city’s streets. However, its actions have left some with mixed feelings.

The VOICE spoke to Press and Communications Manager within the Office of the Mayor of Castries, Jason Hullingseed, who said the matter had been an ongoing issue for many years and was in dire need of attention.

Hullingseed said: “We met with the St. Lucia Fire Service, as well as the president of the Ave Maria School’s PTA. To them, those were major concerns because the fire service on numerous occasions had failed the school during the simulation exercises and if anything were to happen and the students were to be evacuated, we knew that would be a disaster. So (based) upon that meeting, letters were issued to all the vendors vending around the institution and they were invited to a meeting where the vendors agreed to the move, saying that they understood the situation.”

Prior to this information, many people have been buzzing about the timing and the impact of the actions taken by the CCC, saying that it was simply another form of political victimisation.
Sponsored | Article continues below

To those who oppose the actions taken by the CCC, Hullingseed said: “We wish they’d see the bigger picture because what they are actually doing is that they’re trying to create some sort of instability and shaky ground among the vendors to rev them up when, in fact, they all agreed to the move. So for persons politicising this, we’d just like to say that not everything should be parties and politics. Take into consideration the bigger picture, which is safety and security of students.”

He pointed out an even bigger underlying issue: “Whilst demolishing the huts, they found marijuana hidden in some of those structures, so it goes to show exactly what transpired around the institution. Lots of illegalities were taking place right there, so we need to take these things into consideration and see the bigger picture.”

Hullingseed said that while the CCC is not opposed to vendors making a daily bread, they must nonetheless operate in a considerate manner and take others, namely the students, into account.

He said: “It was not a situation where we just removed them and they didn’t know where to go. They all chose where they are now. At that meeting, they requested an additional two weeks and what happened was the two weeks ended on Sunday, and the vendors knew that on this day, we would come down to take down the structures. Everyone was aware and even the president of the Vendors Association was at the meeting when everyone agreed to the move. So we want to thank them for their cooperation and for making it a smooth transformation.”

When asked about future works to tackle the problem on a whole, Hullingseed said the Mayor has accessed the problem areas, mainly on Laborie Street and Jeremie Street, but chose to act on the surroundings of the all-girls’ school.

He said the CCC will identify the other areas, the vendors will be called in for consultation and they will subsequently take action from there, but they will not go ahead and just displace people indiscriminately.