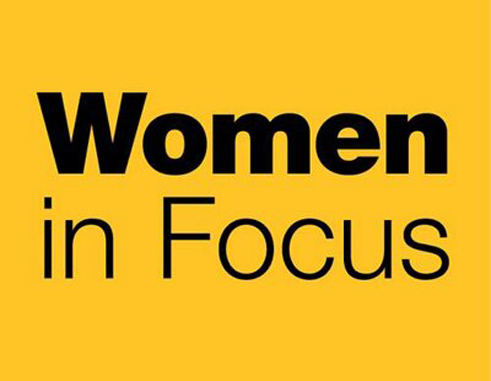 LIMA, PERU (ILO News) – Women in Latin America and the Caribbean, where only 4.2 per cent of CEOs are female, have still made substantial progress in taking business and management positions and are increasingly driving economic growth, a new ILO report finds.

The report entitled “Women in business and management: Gaining momentum in Latin America and the Caribbean”, by the International Labour Organization’s (ILO) Bureau for Employers’ Activities (ACT/EMP), was launched at a regional conference held in Peru this week.

The one-day conference brought together business leaders and representatives of employers’ organizations from across the region to discuss the progress made and obstacles to women’s advancement in the workplace, particularly at top management levels.

With an increasing number of skilled women professionals, Latin America and the Caribbean is set to become a global leader in gender diversity in business and management.

The women’s labour force participation rate in the region increased from 48.5 per cent in 2006 to 49.7 per cent in 2016 – in stark contrast with the decline of the global rate during the same period. The report thus provides clear evidence that more women in the region have made their way in the world of work.

The report also shows that the number of women tertiary graduates exceeds that of men in all countries in the region where data is available. Today, many more women are occupying professional, middle and senior managerial positions.

Yet women are still noticeably absent from the ranks of top management. The most recent data and research in the report indicates that the region lags behind others in the proportion of female chief executive officers (CEOs) and board members.

Among the 1,259 listed companies in Latin America and the Caribbean, women represent only 4.2 per cent of CEOs. What’s more, nearly half of executive boards in the region are entirely male and on average only 8.5 per cent of board members are women.

“The business case is stronger than ever. Gender diversity at all levels of management and leadership positions provides a competitive edge. Businesses in Latin America and the Caribbean have made substantial progress but much more attention is required at the executive level where we know progress has been slow to date,” says the ILO’s Director of ACT/EMP, Deborah France-Massin. “We need to create opportunities and the right conditions for women to succeed and to maintain the momentum created across the region.”

The conference, organized by the ILO-ACT/EMP with the National Confederation of Private Business Institutions (CONFIEP), is part of wider efforts to speed up progress in gender diversity in the region. The conference will be followed by a workshop with representatives of employers’ organizations aimed at further promoting gender diversity among their national members.

Traditional societal gender roles and greater family responsibilities for women were found to be among the top barriers to women’s leadership. One indicator here is the number of hours spent in unpaid work.

In 10 countries in Latin America, women spent on average between 1.7 and 3.5 times more hours in unpaid work than men per week – in other words double to over triple the time that men contribute to such work, according to the report.

Moreover, gender pay gaps persist across the region. While the gaps fall within the average global range of between 0 and 45 per cent, the widening of the gap at managerial level is of concern. This is a significant barrier that prevents talented women from striving for and thriving in top management positions.

The glass ceiling is still in place in Latin America and the Caribbean. However, the report highlights that more women in the region are moving into non-support managerial roles such as research and product development, operations and general management rather than following the global trend of being clustered into functions such as human resources, public relations and communications.

The region is thus showing clear signs of progress and raises hopes that the glass ceiling can soon be overcome.

“With momentum building economically, politically and socially, now is the time to ensure that we work to break down the barriers and utilize the many strengths of the entire talent pool. Conferences such as this one provide an important opportunity to reflect on progress and provide a roadmap for the future,” said José Manuel Salazar-Xirinachs, ILO Assistant Director-General and Regional Director for Latin America and the Caribbean.