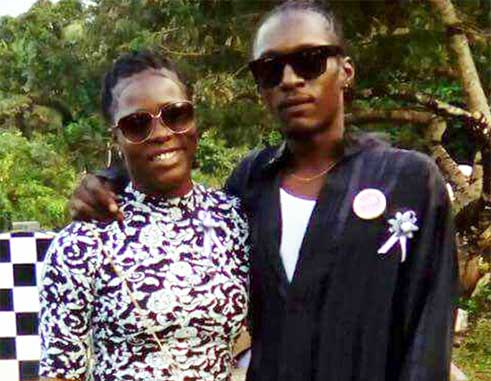 A SILENT march and candlelight vigil will take place this evening for Jeffery Arbella and his girlfriend, Sandrina Joseph, whose bodies were found with several chop wounds at their Tamarind Heights, Active Hill home on the morning of February 1.

One of the event’s organizers, Saralee Nugent, told The VOICE yesterday that despite the vigil being held primarily for Arbella, 26, and Joseph, 29, a wider message needs to be sent that no form of violence should be the means by which people settled disputes.

“Right now, we know that we are at around fifteen or so homicides for the year. I think it’s getting ridiculous. We need to learn as a people to be able to iron out our differences without having to resort to violence,” Nugent said.

Nugent said she had known the couple for some time having lived in the neighbourhood previously. She also lamented the profound impact the incident has had on the community, saying it “has rocked the neighbourhood (and) everybody’s saying this thing happened right under their noses.”

“It’s an area that was so quiet that you could have walked there at any time and not have a problem,” Nugent said.

She added: “We need to really be more focused and vigilant to what is happening in our communities. Take a stand, report certain things that are going on and don’t let them get out of hand.”

Nugent said all are invited to the non-denominational candlelight vigil to take a stand against all forms of violence. However, singing and prayers will be done along the route which begins from 6:30 p.m. at Tamarind Heights down through City Gate and La Clery and back to Tamarind Heights. She called on civil society to show their support for the important event.

“We really want the nation to come out with their placards and candles and take a stand to show potential criminals out there that we’re crying (and) our nation is bleeding literally and this needs to stop. It’s definitely a sad situation,” she said.

She also called for special care to be given to the two children who lived with the couple at the time and had to be taken into protective custody following the incident.

One man, Don Pierre-Louis, 28, of Chase Gardens, Castries, has since been arrested and charged for causing the couple’s death.

The couple will be buried tomorrow.