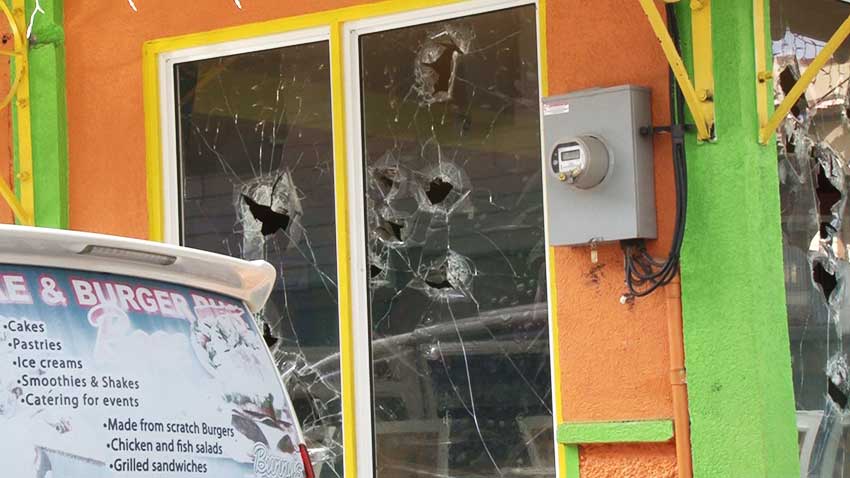 WE should be concerned about the situation in sister island Dominica where a number of people were arrested during the week, after a night of disturbances in the capital. This followed a public meeting of the main opposition party which was calling for the resignation of the government.

The political climate in Dominica had been on the decline for some time, especially since the last general election in December 2014 when Prime Minister Roosevelt Skerrit’s Labour Party won a fourth straight five-year term. The main opposition United Workers Party, then under new leadership, questioned aspects of the poll and followed that up with calls for electoral reform.

As opposition parties will do, in or out of election season, the United Workers Party began to turn the heat on Skerrit’s government, which in turn began to hit back, on one occasion describing the UWP and its leader Lennox Linton as “vagabonds” and “traitors” and accusing him of turning politics in the country into “a blood sport”. A lot of the UWP’s attacks on Skerrit became quite personal and it was clear that they were getting to the Prime Minister.

The island’s Citizenship by Investment programme was then thrown into the mix, with the UWP questioning its alleged lack of transparency. Then the island was faced with some embarrassing situations where holders of its passports became embroiled in controversy including allegations of fraud. The most recent of such incidents, involving an Iranian, must have given the UWP the extra fodder it needed to pressure the government further and this is exactly what it did.

Tuesday’s public meeting of the UWP in Roseau was intended to call for the resignation of the Skerrit government. From reports , it appears that hours after the meeting wound up, a riot was staged in which several business houses were smashed and vandalized and police used tear gas. The reports also state that shots were fired.

Prime Minister Skerrit maintains that the whole thing was designed to topple his government. UWP leader Linton has denied this. An element of this saga that is not very visible to outsiders is that Skerrit’s hold on power has been slipping for some time. Not only did he concede three seats to the UWP in the last election in December 2014, there have been indications that his own personal popularity and standing in the politics of Dominica is being questioned more than ever before. The UWP, for its part, has been pushing the protest envelope into a kind of militancy since Linton took over the party. His rhetoric has often been fiery, and that might have provided the kindling for the disturbances that took place this week. Try as he might, Mr. Linton is bound to have difficulty evading responsibility for the riots even though there is another school of thought that criminals might have used the occasion to create the chaos that took place.

It’s another example of what can happen when politicians run off at the mouth unbridled without stopping to think about the consequences of what they say. We have had examples of this kind of recklessness right here in St Lucia, and quite recently too. Dominica is an island with the same social and economic problems as the rest of the OECS subregion face. One thing these islands certainly do not need at this time is the kind of instability that results from leaders spewing venom among their people, for whatever reason. For Dominica’s sake, we hope that there will now be cooler heads on both sides.