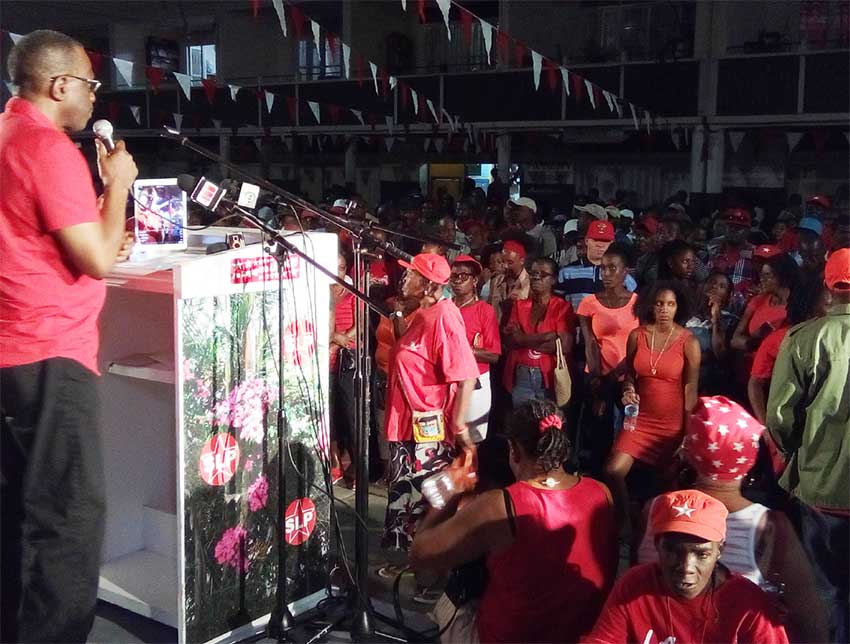 POLITICAL leader of the St. Lucia Labour Party (SLP) Phillip J Pierre has vowed once again to take the government to court over the vacancy in the position of Deputy Speaker in the House of Assembly.

Pierre made the declaration at a political meeting of his party Sunday night on the Castries Market Steps, at the same time calling on supporters to “be patient” with him where this matter was concerned.

This was not the first time Pierre had pledged to seek an opinion from the court on this matter, which surfaces every time House meetings are held. Neither the government nor the opposition has been willing to appoint one of their own to the post.

Member of Parliament for Castries Central Sarah Flood – Beaubrun was appointed deputy Speaker last July at the first meeting of the House but vacated the spot two weeks later to take up a position in the Ministry of Finance, Economic Growth, Job Creation and External Affairs as a Minister.

That threw the position wide open and since then government and opposition have been butting heads over the appointment with the SLP declining the offer of the government to appoint one of its own to the post.

Pierre’s announcement Sunday was received with silence by supporters of the party. Like before he gave no indication of a time frame for the court action only calling on supporters to have patience.

“Let not your hearts be troubled,” Pierre said. “We are taking the government to court for the Deputy Speaker matter but the court takes time,” he added.

He then reiterated his party’s position of not appointing anyone on their side of the House.

“We are not appointing a Deputy Speaker and you can tell them they can put that in their pipes and smoke it,” Pierre said.