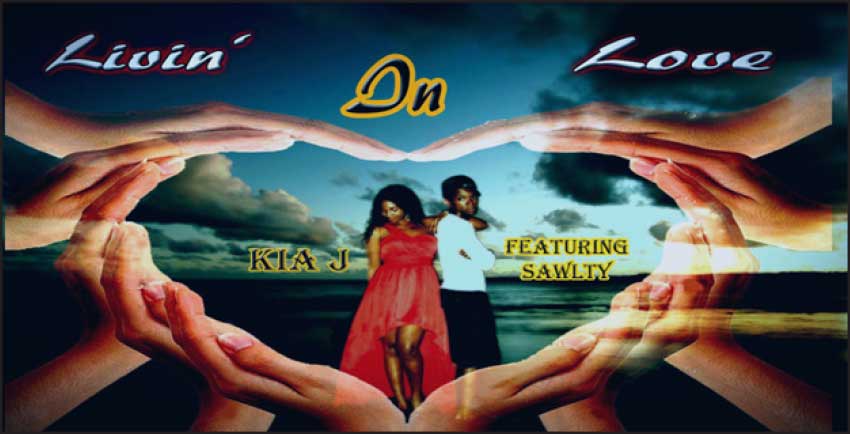 This single follows on the success of her ‘Victorious’ album which was launched in October last year. The song “The Hurt & Pain Anthem” which was a featured track on her album is still receiving much airplay on the Christian radio stations locally. Today, KIA J continues to make her mark on the music scene with the release of her brand new single and video.

“Livin’ In Love” is being launched for all lovers of love. KIA J says that she sought to create this song to serve as a reminder of what true love is all about and that her focus was not only to target one specific kind of love, but to have the video portray various types of love, ultimately highlighting the fact that God’s love is still the best love of all. KIA J is very enthusiastic about showcasing her art through this music video as she believes it is undoubtedly one of her best pieces of work thus far.

The song also features another young male Christian hip-hop artiste, artistically known as Sawlty who has also been on the music scene for quite some time now. Sawlty’s role was also very instrumental as he was also involved in the beat production of the track. Kia J also credits her videographers Benjamin Thomassin also known as ‘Presh’ and his team from Presh Productions for their incredible work on the production of the music video.

This 24 year old female Christian pop/hip-hop artiste as well as Spoken-Word Lyricist is passionate about what she does and she is seeking to make a change in her generation with her diverse compositions of music and her very unique, highly inspirational and thought provoking lyricism that she brings. She has even been labelled a prolific writer with some of her fierce and piercing lyricism which has often punctured through many hearts. KIA J has developed her love and passion for the arts over the years and has fashioned her identity through her involvement in several local and regional Christian events. She has high hopes of taking her art across international borders so that she can continue to be an inspiration and an agent of change in the lives of many.

KIA J and Sawlty are both passionate about impacting this generation through not only the music that they create, but through the love of God which they both undoubtedly possess. They both agree that their love and passion for the music is undeniable, but their love and passion for the Gospel is what drives them to be world changers and great role models for this generation. Their new single “Livin’ In Love” is only a mere reflection of their hearts flowing on a beat.

The official music video was premierred yesterday on various local media stations and will also be available on SoundCloud and Bandcamp for downloads.