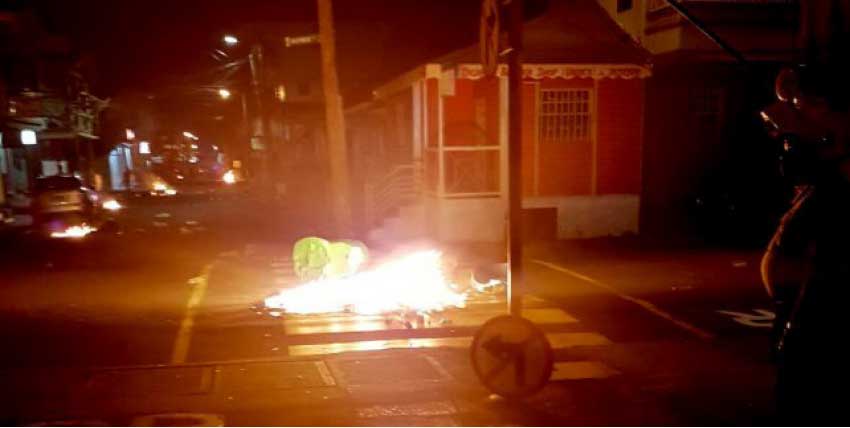 THE Dominica Public Service Union (DPSU) yesterday condemned this week’s violence in the capital following a public meeting of the opposition United Workers Party called to demand the resignation of Prime Minister Roosevelt Skerrit and his government.

The DPSU said in recent times, Dominica’s name had been headlined in the local, regional and international media for all of the wrong reasons and referred specifically to the recent arrest of the Iranian fugitive AlirezaZibaHalatMonfared and an admission by Skerrit’s government that he was appointed a Diplomat between March of 2015 and January of 2016. It said this was of serious national concern.

It added: “This is compounded by similar admissions of other such persons who became Dominican citizens either through the Citizenship by Investment Programme or other means and were found to be embroiled in deeply objectionable scandals which have tainted our good name”.

The Union said it viewed these as occurrences with implications for all citizens including its members and their families.

The DPSU said it did not condone or support acts of violence, arson and vandalism which put lives and property at risk. Rather, it was for “reasonable, constitutional civil disobedience which brings attention to matters of national concern without causing aggravated harm to any of our citizens or official authorities”.

Condemning Tuesday’s violence it said the attack on public facilities and destruction of private property “is not a dignified or legal means of obtaining answers and only serves as an inane distraction”.

It called for a proper and independent investigation or enquiry to determine where the blame falls. It urged the Government of Dominica to “address positively all other issues including the call for electoral reform and the cleansing of the voters list”, adding that “the lack of attention towards those matters is contributing to the political friction among our populace”.