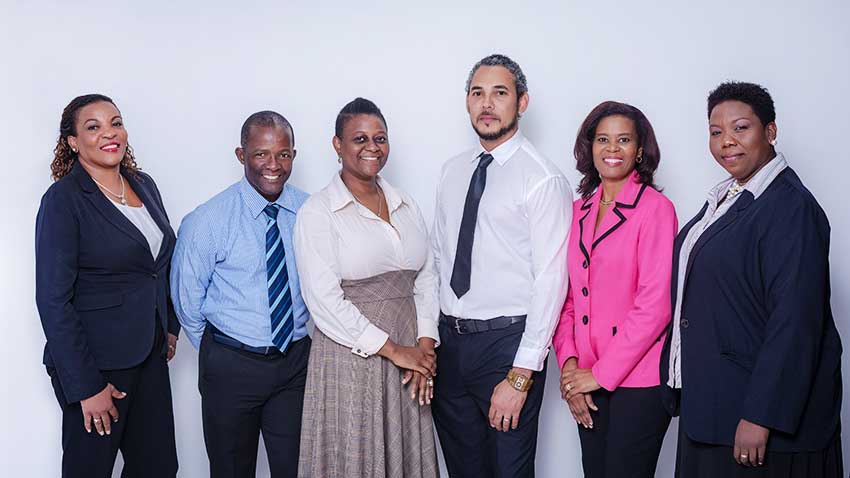 HISTORY was made last month when graduates from Cuban universities and institutes of higher learning launched the first-ever Guild of Graduates of Cuba (GGC).

The inaugural meeting of GGC was held on Saturday, January 14, at the Division of Technical Education and Management Studies (DTEMS) at Sir Arthur Lewis Community College (SALCC).

It was an act of historical significance for several reasons, among them being the fact that never in Saint Lucia’s history had a guild been formed almost entirely of scholarship recipients.

Cuba began awarding scholarships to St. Lucian students in 1980 and to date, 550 people have graduated from degree programmes in a wide range of areas. A further 52 students are currently studying at various institutions across Cuba.

Graduates can be found at all levels throughout both the public and private sectors, continuing to make significant contributions both locally and regionally in their respective fields of study.

The Guild was established to:
a) Promote and protect the interests and rights of all its members;
b) Promote the integration of new members into the society;
c) Advance the socio-economic development of St. Lucia through direct participation;
d) Empower graduates through the facilitation of continuing professional development;
e) Provide guidance and support to members;
f) Form alliances with other organizations to ensure the personal growth of members; and
g) Engender a sense of volunteerism among members and the society as a whole.
The following persons were elected to serve on the executive for the next two years:
President: Mr. Jamal Francis
Vice President: Dr. Jeanice Stanley
Secretary: Ms. Tania Alphonse
Assistant Secretary: Ms. Christelle Lee
Treasurer: Dr. Curlyn Jordan
Public Relations Officer: Mr. Hippolyte Eustace Vitalis

The executive wishes to thank all members for their support and encourages those who still are unregistered to email the Guild at ggcstlucia@gmail.com as soon as possible.