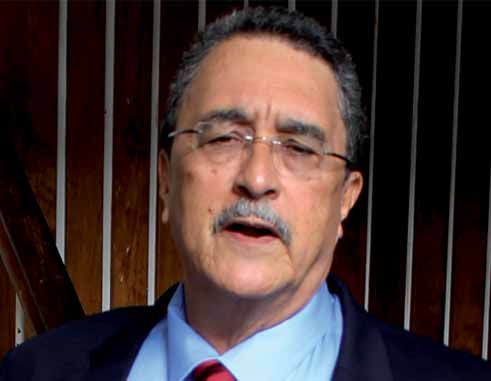 By Sons and Daughter

IN the past six months, many articles in our local newspapers have been loaded with questions that the people of St Lucia need answers for from our government. Alas, to no avail – however, as this is an election year we are suggesting that Stephen Lester Prescott, on behalf of the government would be the right person with advice from Sir Vaughan Lewis, to answer the questions as there are outstanding issues that need clarification and St Lucians need to know before voting day.

What plans are made to fix the broken judicial system?

Dr. Anthony, tell us, what happened to the windfall your government was making on the lower imported cost of fuel before you finally gave in to the pressure from the opposition?

You were able to cut spending and the fiscal deficit in half. WE know where the money came from, but explain to St. Lucians how you did it and what were the consequences to the hard working public and small businesses. Can you tell us the truth?

Where did the Juffali money go to? Which account and in what jurisdiction? Was it in Panama? The people want to know.

Dr. Juffali had agreed to finance a film on diabetes in St. Lucia? A diabetic research centre? Is that going to happen?

Is Ernest Hilaire still receiving a salary despite resigning from CIP?

Why does our PM say that our health sector urgently needs improvement and yet still pumps money into infrastructure?

Why could they not have improved our health system during the last five years and why are they only now recognizing that it is a priority?

Where are the technicians who are supposed to use the equipment set up in the X ray unit? Are we planning to bring in Cubans for the Owen King Hospital? In 2011 Kenny Anthony while in opposition expressed his disappointment in the Government’s promise for delivering the hospital within two years from the date of the fire tragedy.

Now, as Prime Minister, you must answer the following questions which St Lucians are asking and need honest answers to:-

The 2011 budget for the reconstruction of St. Jude Hospital was at 32 million. The Prime Minister in his 2015 budget estimated the cost to be 125 million. In 2016 will it be more? Why is there such a high leap in the cost especially when it was predicted to be finished soon?

Why is there so much politics being played with the hospitals in St. Lucia with the opening dates, tours and naming ceremonies?

Can we guarantee that this hospital will finally open?

Why are certain roads repaired and paved leading to the homes of many high ranking officials in government?

Why do highly qualified candidates from the so called “Phenomenal team” read prepared scripts like “school boys” at press launches and on the platform?

Why are there hardly any toilets in the Prime Minister’s constituency of Bruceville? Is it true that the place is so bad it is becoming a breeding ground for mosquitoes?

At this time why are so many children not attending school due to lack of funds to pay for books, transport and uniforms, while the politicians rub our noses in the lavish expenses of their campaigns? How do you think St Lucians, especially the poor, feel when they see this displayed in so many unnecessary ways? Is this not “Pissing in your eye and calling it rain”?

Dr. Anthony, you need to release the Impacs report to us, as you initiated the investigation. So please do the right thing.

AS time draws closer to elections, we expect real answers to all our questions and concerns from those in power who say they are the servants of the people. We do not want more and more of your promises which as we have seen never come to pass. St. Lucians are waiting with bated breath.