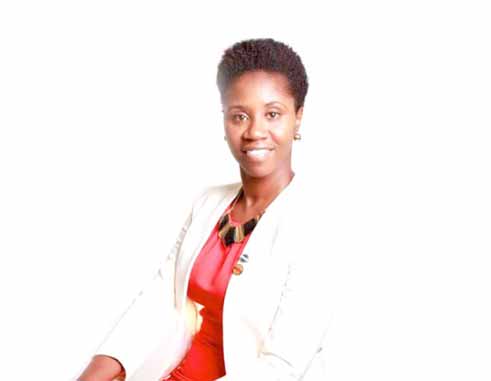 NEXT Wednesday’s Biennial Convention of the Civil Service Association has been touted as the most important one ever to be held by the Association.

Giving it that distinction is the continuous pressure exerted on the current executive by a faction within its membership called the Save Our Union Team (SOUT) which has been clamouring for the dissolution of the executive on grounds that it was constructed against the articles of the Association’s Constitution, abuse of authority among other things.

Even as members of the Association look forward to attending the convention, one aspiring woman, Yvonne Edwin, has decided to more than attend the proceedings. She has thrown her hat in the ring and presented herself as a candidate for president.

She is preaching change and transparent leadership if elected. Edwin told THE VOICE:

“A lot of things prompted me to run for president of the CSA. When I entered the CSA there was unity; today there is a breakdown of that unity. Over the past two years the disunity has reached an alarming stage. It appeared that the union was under a dictatorship style of governance. There were persons in there who believed that the union belonged to them. The bread and butter issues that a union is supposed to look into on behalf of members are not being addressed.”

The 37 year old who is currently employed at the Department of Fisheries said that partisan politics had destroyed the union to the extent that issues that matter for the development of members were being forsaken by the executive.

She points to negotiations for a new collective agreement 2016/2019 not being started as yet and the old one yet to be signed.

“The union is there to represent workers, not to represent yellow or red. Politics of that nature need not be part of the union. Let us see about improving the salaries of members and their work conditions. That is what a union is there for,” Edwin said.

Over the past two or three years the CSA has been torn apart with in-fighting as members of the SOUT pitted themselves against the executive fighting tooth and nail on almost everything pertaining to the union.

The in-fighting’s beginning could be traced during the latter days of Mary Isaac’s presidency in which she inked a deal with the opposition United Workers Party to join its ranks, at the same time denying she had done so when the story leaked.

She was appointed a senator by the party and today is its endorsed candidate for the Castries South constituency.

Here is Edwin’s story of her involvement in the CSA:

“I became a member of the St. Lucia Civil Service Association after joining the Public Service in January 2001. Within the last 15 years, I have been actively involved in the union as a young vibrant worker, member and Shop Steward.

“In 2004, I was nominated as the Shop Steward for the Department of Fisheries as a result of my dedication, enthusiasm, outgoing and persistent nature for workers’ rights and trade unionism. I served as shop steward for my Department until 2008 before proceeding to pursue my studies. Though, pursuing my studies was a priority, after 2008 I continued to serve as the alternate and contact person for my Department in the absence of the elected Shop Steward.

“During my tenure as shop steward I actively participated in the General Council and maintained a cordial relationship with the CSA Secretariat, Committee representatives and all past executive members.